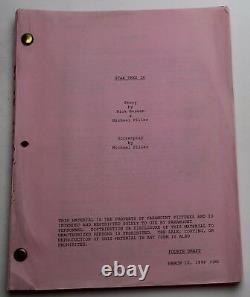 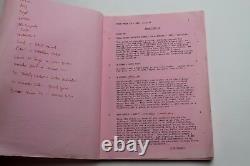 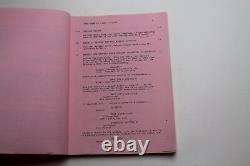 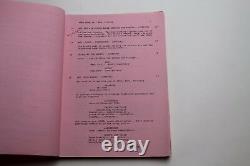 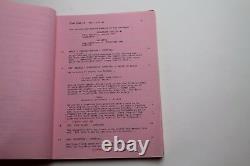 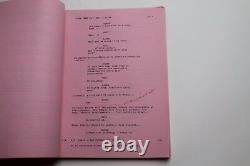 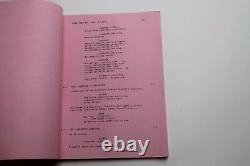 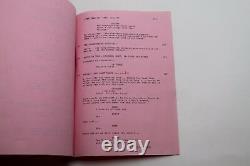 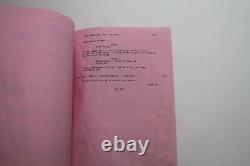 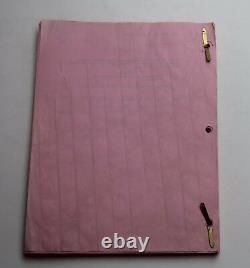 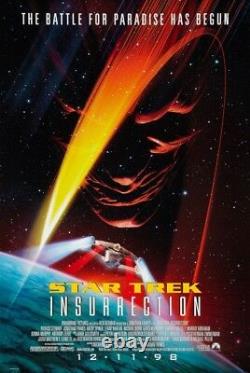 This script has all pink colored pages inside and it is 122 pages long. The last 2 pages have some line marks and wrinkling. Please view the pictures carefully. It is in very good overall condition.

While on a mission to observe the peaceful Ba'ku race, Lt. Commander Data suddenly behaves as if having to fear for his existence. The immortal Ba'ku, whose planet offers regenerative radiation and therefore incredible lifespans, live in harmony with nature and reject advanced technology. Their planet and their culture is secretly researched by the Federation associated with an alien race called the Son'a. But the Son'a intend to abduct the Ba'ku in order to take the planet for themselves and for the Starfleet officials who all would like to regenerate their bodies. But they did not think of the loyalty of Captain Jean-Luc Picard and the crew of the Enterprise-E to the Prime Directive. POSTER IS NOT INCLUDED, IT IS JUST BEING USED AS A VISUAL REFERENCE.

Once you check off this little box it will allow you to search for a specific word that is contained in any of our listings' actual description. Here all of the original movie scripts will be categorized by decade, which will help you to narrow down what you are looking for by the year it was made. The item "STAR TREK INSURRECTION / Michael Piller 1998 Movie Script, Patrick Stewart" is in sale since Saturday, May 30, 2020. This item is in the category "Entertainment Memorabilia\Movie Memorabilia\Scripts\Originals\Unsigned". The seller is "themoviewizard" and is located in Van Nuys, California.