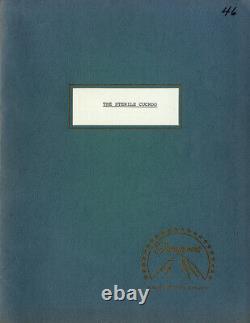 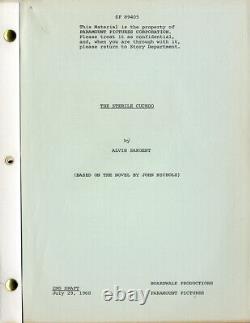 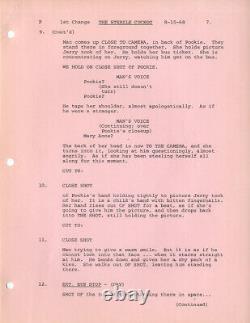 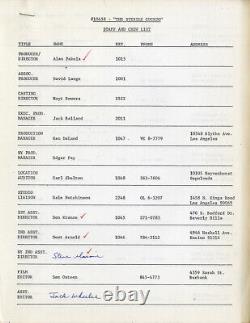 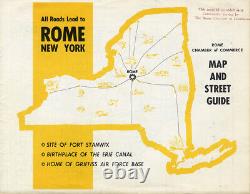 THE STERILE CUCKOO (Jul 29, 1969) 2nd Draft film script by Alvin Sargent, Based on the Novel by John Nichols. [New York]: Boardwalk Productions, July 29, 1969. Vintage original film script, die-cut stenciled stiff wrappers, 11 x 8.5 28 x 21 cm. With a few pages of revisions on pink paper and dated 8-15-68, and with two additional pages of Oct 7, 1968, revisions laid in, along with a 5 pp. Cast and crew list and a folding map of Rome, New York (where much of the film was shot). Liza Minnelli's first starring film role, and one of her earliest movies (for which she received an Academy Award nomination for Best Actress). It must come back in the same condition as it was sent. AUTHENTICATION: My name is Walter Reuben. I have been collecting movie posters since 1978. I have been a full-time dealer since 1982. Everything which I sell is fully researched and entirely guaranteed to be completely authentic and as described.