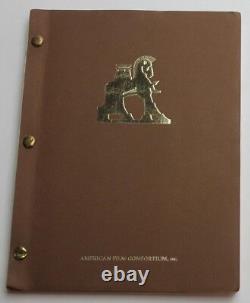 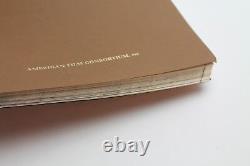 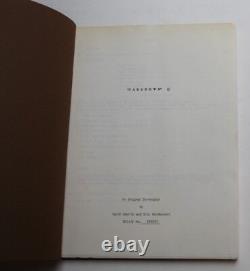 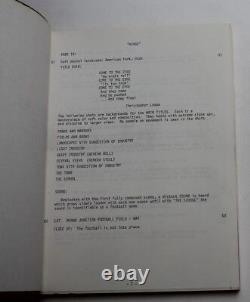 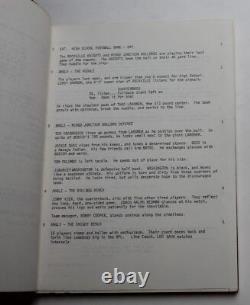 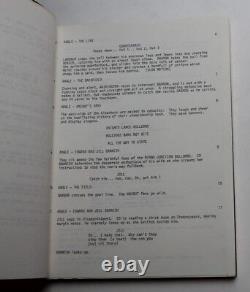 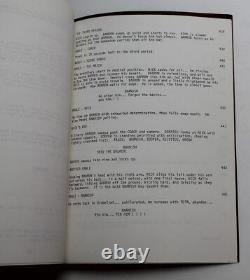 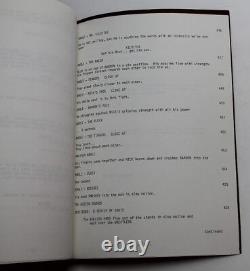 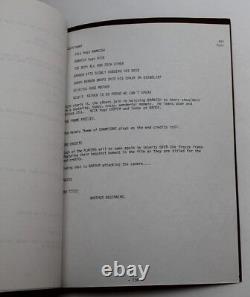 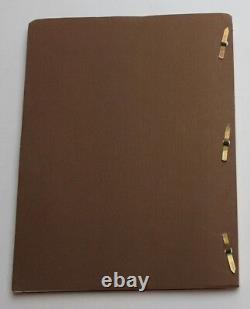 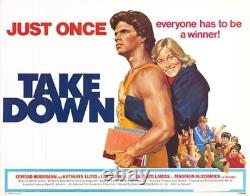 Writers: Eric Hendershot & Kieth Merrill. This is an Original Movie Script from the 1979 Film, "Take Down". This script is complete and is 134 pages long.

It has all white pages inside. The bottom edges of all of the pages have photocopy marks, which is just how these script were made by the production company and issued out to the Cast & Crew.

Please view all of the pictures provided above. This script is in very good overall condition. Ed Branish, a snooty English teacher who finds his situation at Mingo Junction High School far beneath him and barely tolerable, flaunts his air of superiority over all (including his supportive wife) by frequently spouting platitudes from literary masters to validate his often contemptuous viewpoint. His habit of having as little to do with his school as possible finally gets the better of him when his light schedule makes him the only staff member available to supervise the newly formed wrestling team.

Cornered, he lashes out at the first student to cross his path - Nick Kilvitus, a reserved 185 lbs. Senior who's embarrassed by his near-poverty social status and who's also missed a lot of classes lately. No one realizes Nick's been filling in for his alcoholic father at a steel mill (hauling I-beams) when his dad's too drunk to show up which is all too often, and which also keeps Nick busy at night fishing his embittered father out of bars - to be carried home.