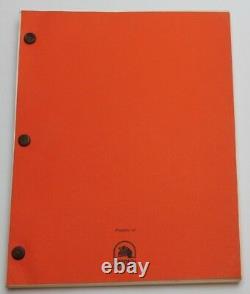 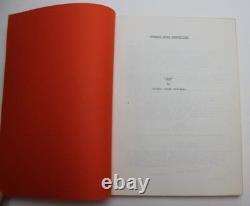 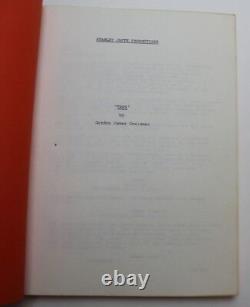 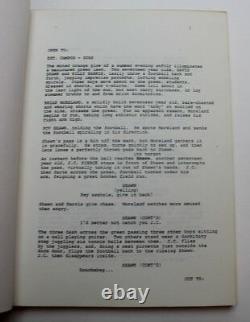 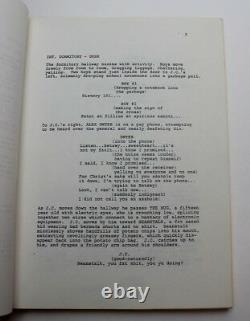 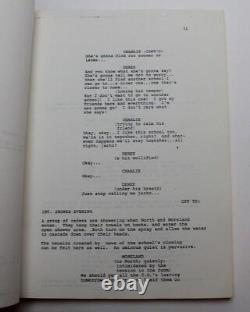 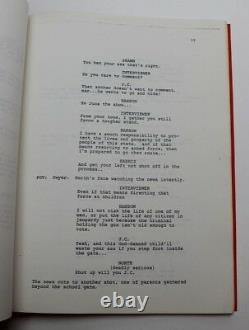 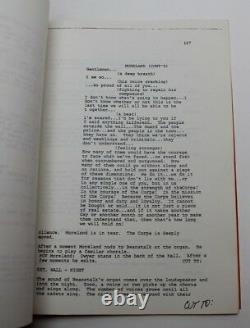 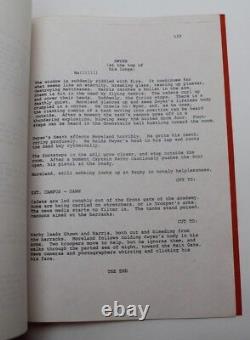 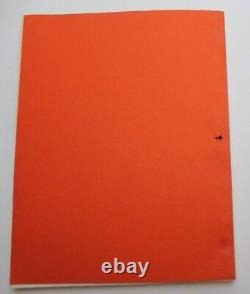 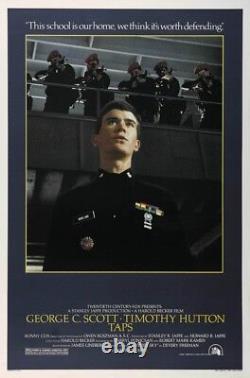 Written by Gordon James Greisman. This is an Original Movie Script used during the making of the 1981 film titled, "Taps". It has the original orange Twentieth Century Fox production cover. This is an early undated draft written by Gordon James Greisman, he is not listed in the credits as the final writer. Some of the character names in this script are different from the names used in the final film. However, the majority of the character names in this script match the names used in the final film such as: Harris, Charlie, J. Shawn, Moreland, Hanson and Interviewer. Please view all of the pictures provided above. This script shows the appropriate signs of aging for being around 40 years old. It has all white pages throughout the script and it is 132 pages long. It is in very good overall condition. An announcement that the venerable Bunker Hill Military Academy, a 141 year old institute, is to be torn down and replaced with condos sets off the young cadets led by their stodgy commander. Under the command of a student cadet major, the cadets seize the campus, refuse entry of the construction crews and ultimately confront the real military. THE POSTER SHOWN IN THE LAST PICTURE ABOVE IS NOT INCLUDED, IT IS JUST BEING USED AS A VISUAL REFERENCE. Specializes in rare and collectible movie scripts. Our scripts are genuine, authentic and screen used. We also carry movie props from no genre in particular. Furthermore, all of our items that are not props or scripts can be found in our Other Memorabilia category. We do not sell reproductions or fakes.

This item is in the category "Entertainment Memorabilia\Movie Memorabilia\Scripts\Originals\Unsigned". The seller is "themoviewizard" and is located in this country: US. This item can be shipped to United States, Australia.