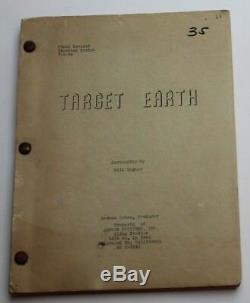 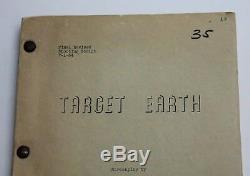 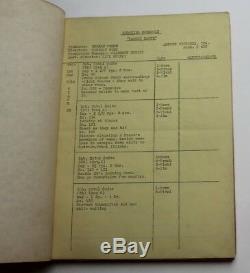 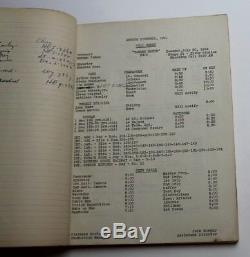 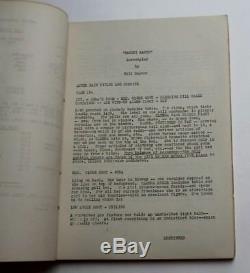 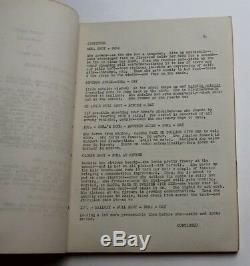 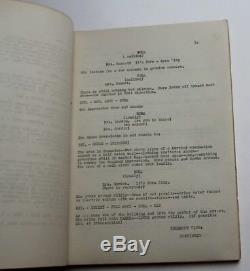 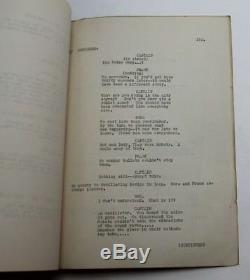 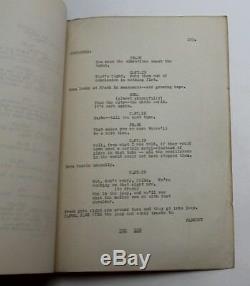 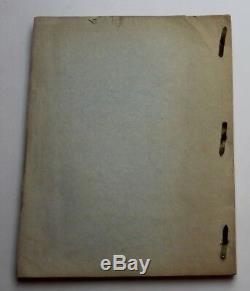 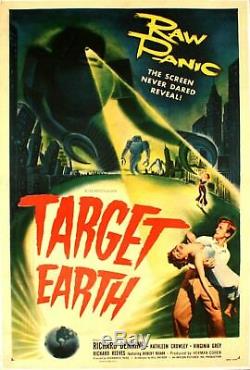 This script is complete and is 103 pages long. This script also includes the 10 page long Shooting Schedule and 4 Call Sheets. Please view all of the pictures provided above.

It is in very good overall condition. A large city is ordered to be completely evacuated as an army of robots, believed to be from the planet Venus, attack it. Left behind are Nora King and Frank Brooks, strangers until their chance meeting in the deserted streets.

They meet a celebrating couple at a café, Vicki Harris and Jim Wilson. The quartet escape the robot patrol and take refuge in a large hotel. There, they encounter a new danger in Davis, a psychopathic killer. Venus robots or not, Davis practices his profession. POSTER IS NOT INCLUDED, IT IS JUST BEING USED AS A VISUAL REFERENCE. Specializes in rare and collectible movie scripts. Our scripts are genuine, authentic and screen used. We also carry movie props from no genre in particular. Furthermore, all of our items that are not props or scripts can be found in our Other Memorabilia category. We do not sell reproductions or fakes. We have one of the largest collections of original movie screenplays in the world.

Once you check off this little box it will allow you to search for a specific word that is contained in any of our listings' actual description. Here all of the original movie scripts will be categorized by decade, which will help you to narrow down what you are looking for by the year it was made. The item "TARGET EARTH / William Raynor 1954 Movie Script Screenplay, Robots from Venus" is in sale since Wednesday, March 27, 2019. This item is in the category "Entertainment Memorabilia\Movie Memorabilia\Scripts\Originals\Unsigned". The seller is "themoviewizard" and is located in Van Nuys, California.