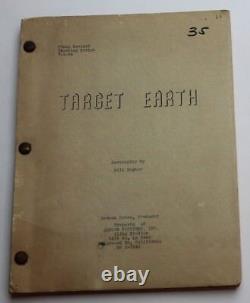 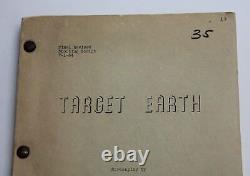 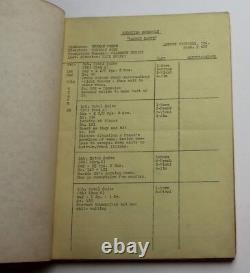 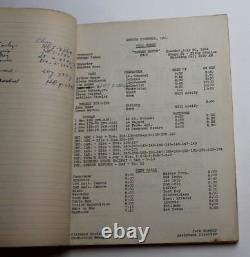 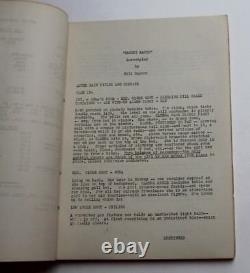 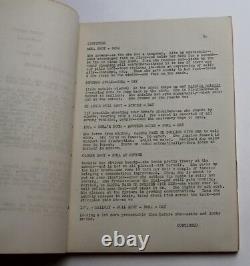 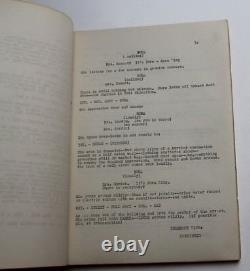 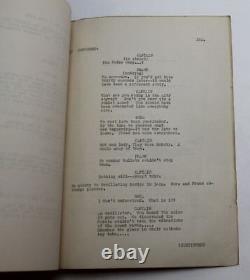 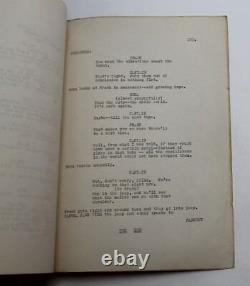 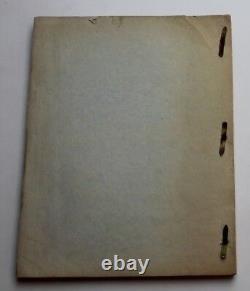 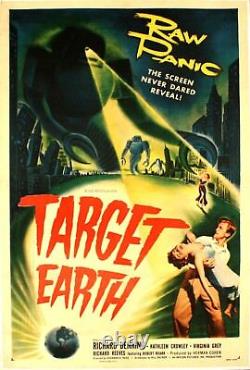 Draft: Final Revised Shooting Script. Writer: William Raynor (as Bill Raynor). This is an Original Movie Script from the 1954 Sci-Fi Film, "Target Earth". It has the original Abtcon Pictures production cover. This script is complete and is 103 pages long.

This script also includes the 10 page long Shooting Schedule and 4 Call Sheets. Please view all of the pictures provided above. It is in very good overall condition. A large city is ordered to be completely evacuated as an army of robots, believed to be from the planet Venus, attack it. Left behind are Nora King and Frank Brooks, strangers until their chance meeting in the deserted streets.

They meet a celebrating couple at a café, Vicki Harris and Jim Wilson. The quartet escape the robot patrol and take refuge in a large hotel. There, they encounter a new danger in Davis, a psychopathic killer. Venus robots or not, Davis practices his profession. POSTER IS NOT INCLUDED, IT IS JUST BEING USED AS A VISUAL REFERENCE.