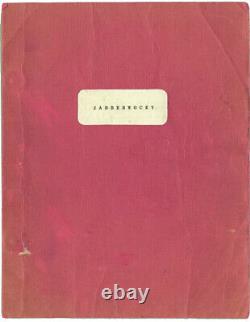 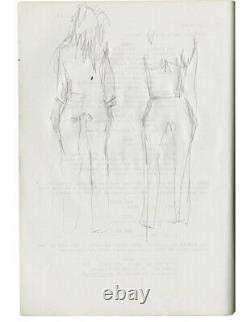 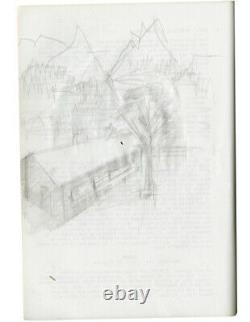 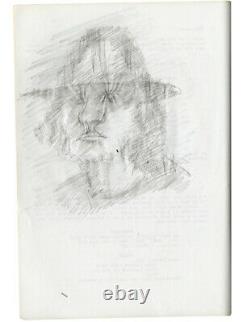 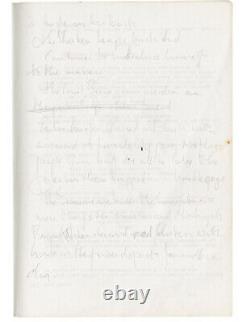 Terry Gilliam's first solo directorial effort after co-directing "Monty Python and the Holy Grail" with Terry Jones. A comedy in the Python style-and with much of the Python cast-owing much to "The Holy Grail, " but with evidence of Gilliam's unique touch, which would come into full bloom with "Time Bandits" (1981) and ultimately "Brazil" (1985). Red titled wrappers with die-cut front wrapper in the British style. Title page present, with credits for writers Alverson and Gilliam (holograph ink parenthetical markings to the left and right of their names). Noted as "A Revisedish Sort of Finalish Draft, February 10, 1976" at the bottom right. Pages Near Fine, wrappers Good to Very Good with creasing at the corners and some staining. Holograph annotations and pencil sketches in an unknown hand on the verso of 8 leaves, apparently unrelated to the script or the production. Small ink scrawl on the rear panel. Internally bound with two silver brads. Subject: 1970s Cinema, British Cinema, Comedy, European Cinema, Fantasy, Film Scripts, Films with Literary Sources.

Royal Books is located in the midtown area of Baltimore, Maryland. Since 1996, we have specialized in rare books and paper relating to twentieth century literature, genre fiction, the arts, and popular culture, with a particular emphasis on cinema. All books noted as First Editions are also First Printings unless indicated otherwise. This listing was created by Bibliopolis. The item "Terry Gilliam JABBERWOCKY Original screenplay for the 1977 film #123502" is in sale since Tuesday, June 9, 2020.