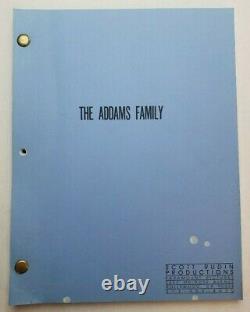 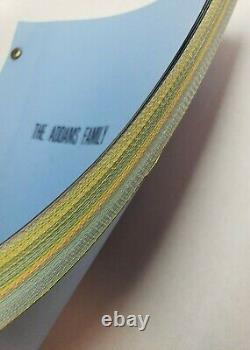 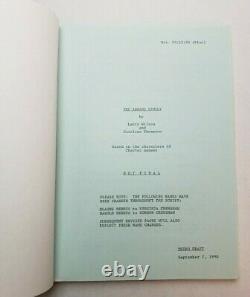 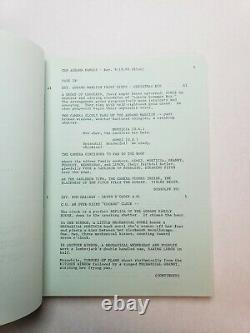 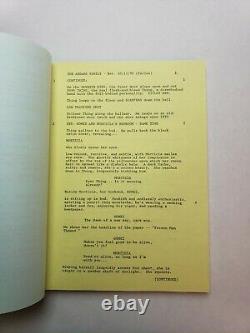 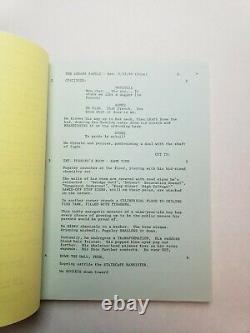 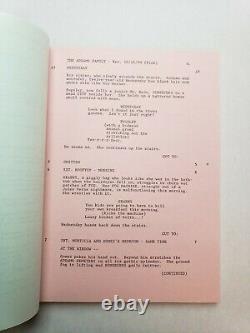 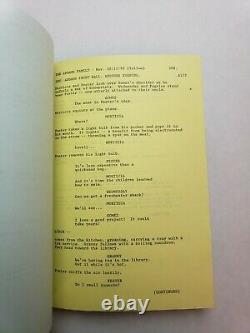 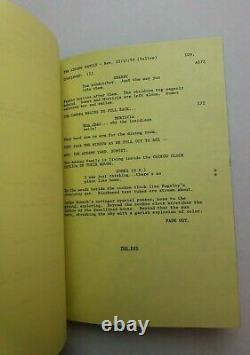 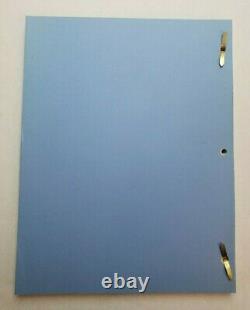 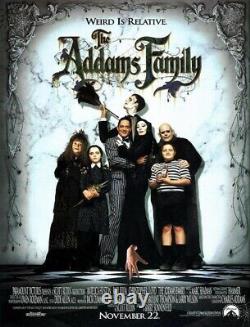 Script Last Dated: October 1990. Written by: Caroline Thompson & Larry Wilson. This is an Original Movie Script used during the making of the 1991 film titled, "The Addams Family". This script has the original blue, Scott Rudin Productions, production cover. There are some small round white marks on the cover.

This is the Third Draft. It has multi-colored revision pages inserted throughout it inside. The revision pages are dated up until October 1990. It is complete and it is 109 pages long. It is in very good overall condition. The Addams step out of Charles Addams' cartoons. They live with all of the trappings of the macabre (including a detached hand for a servant) and are quite wealthy. Added to this mix is a crooked accountant and his loan shark and a plot to slip in the shark's son into the family as their long lost Uncle Fester. Can the false Fester find his way into the vault before he is discovered? THE POSTER SHOWN IN THE LAST PICTURE ABOVE IS NOT INCLUDED, IT IS JUST BEING USED AS A VISUAL REFERENCE. Specializes in rare and collectible movie scripts. Our scripts are genuine, authentic and screen used.

I know that there are a lot of items to search through, but there is definitely something for you. Once you check off this little box it will allow you to search for a specific word that is contained in any of our listings' actual description. Here all of the original movie scripts will be categorized by decade, which will help you to narrow down what you are looking for by the year it was made. The item "THE ADDAMS FAMILY / Larry Wilson 1990 Screenplay, CHRISTOPHER LLOYD Fantasy film" is in sale since Saturday, May 30, 2020. This item is in the category "Entertainment Memorabilia\Movie Memorabilia\Scripts\Originals\Unsigned".