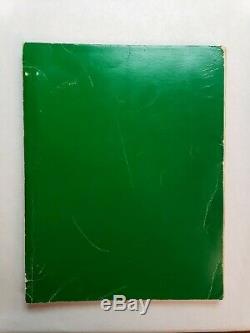 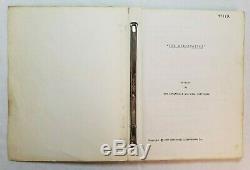 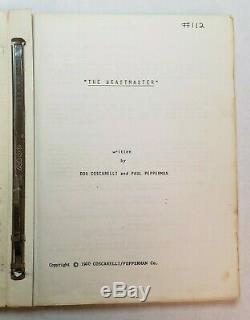 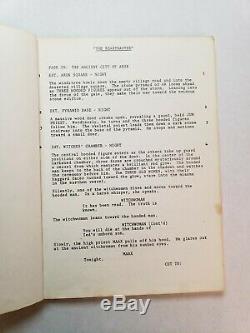 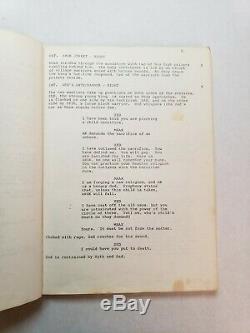 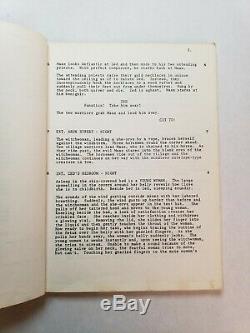 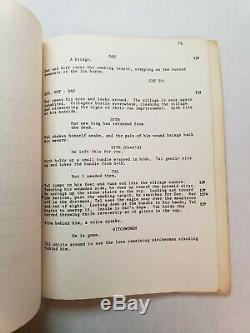 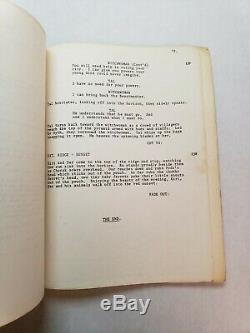 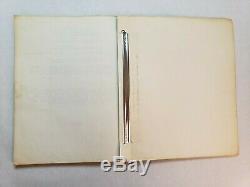 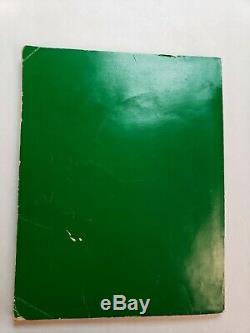 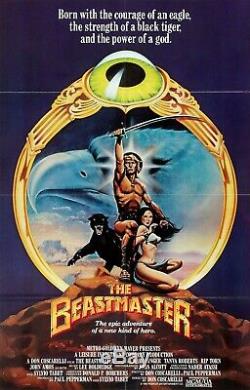 Written by: Don Coscarelli & Paul Pepperman. This is an original movie script used during the making of the 1982 film titled, " The Beastmaster". It is a rare draft dated 1980. It is complete and it is 79 pages long.

Often when the production company isn't one of the big companies like Warner Bros. Or Twentieth Century Fox and the film is a low budget film like this one, the scripts that are issued out to the cast and crew members don't have production company logos or company names printed on the outer cover. This script has a plain green cover, as you can see in the pictures provided above the pages inside are clean and they show the appropriate signs of aging. This is exactly how these original production scripts for this film were printed and issued out to the Cast & Crew members by the production company during filming.

The top corner of the title page inside is also hand numbered. Please view all of the pictures above carefully. It shows the appropriate signs of aging for being used during the early 1980's. This script is in very good overall condition. Dar, the son of a king, is hunted by a priest after his birth, so he is sent to grow up in another family.

When he becomes a grown man, his new father is murdered by savages. He discovers that he has the ability to communicate with the animals, and after that, Dar begins his quest for revenge in this Conan-like movie. THE POSTER SHOWN IN THE LAST PICTURE ABOVE IS NOT INCLUDED, IT IS JUST BEING USED AS A VISUAL REFERENCE. Specializes in rare and collectible movie scripts. Our scripts are genuine, authentic and screen used.

Whatever actor, producer, director, writer or specific film department you are looking for, we probably have a movie script related to the person you are looking for in some form or fashion. I know that there are a lot of items to search through, but there is definitely something for you. Once you check off this little box it will allow you to search for a specific word that is contained in any of our listings' actual description. Here all of the original movie scripts will be categorized by decade, which will help you to narrow down what you are looking for by the year it was made. The item "THE BEASTMASTER / Don Coscarelli 1980 Screenplay, sword & sorcery fantasy film" is in sale since Tuesday, October 29, 2019.