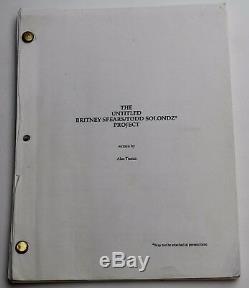 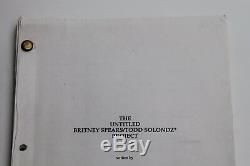 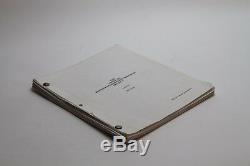 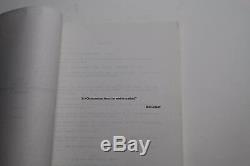 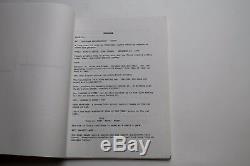 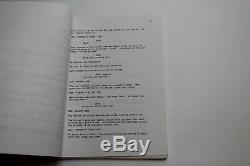 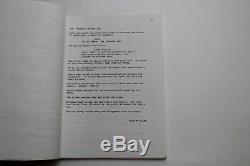 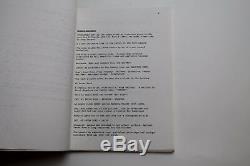 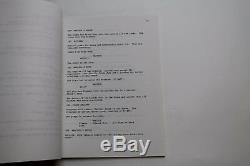 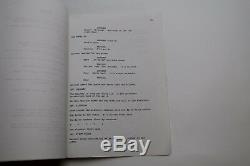 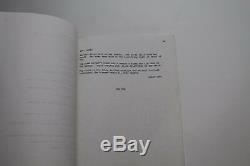 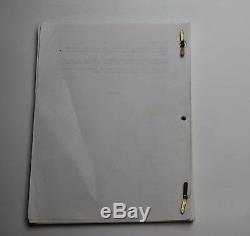 This is a Screenplay Draft written by Hollywood Writer, Alan Trezza. I'm not sure what the Storyline of the script is. It is 94 pages long.

Please view all of the pictures above carefully. Specializes in rare and collectible movie scripts. Our scripts are genuine, authentic and screen used. We also carry movie props from no genre in particular. Furthermore, all of our items that are not props or scripts can be found in our Other Memorabilia category. We do not sell reproductions or fakes. We have one of the largest collections of original movie screenplays in the world. We also carry scripts used in Television, Broadway, Radio and other forms of entertainment. Every script that we own was hand-picked one at a time over the many years of which we have been collecting. A lot of people, new to collecting, are confused about the word Original. " In terms of movie scripts, the term "Original means that it was used by the production company in the early stages of production or that it was issued out to the cast and crew members during filming, and used at the time of production.

Here all of the original movie scripts will be categorized by decade, which will help you to narrow down what you are looking for by the year it was made. The item "The Britany Spears Todd Solondz Project, Unproduced Movie Script by Alan Trezza" is in sale since Wednesday, March 27, 2019.