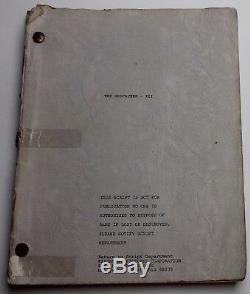 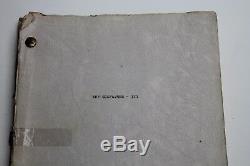 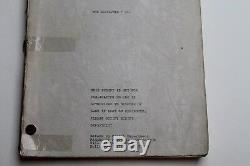 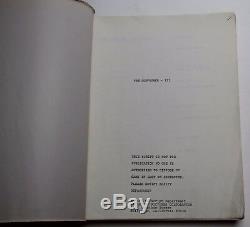 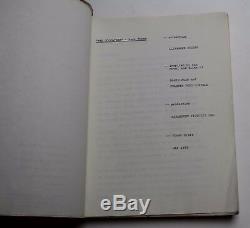 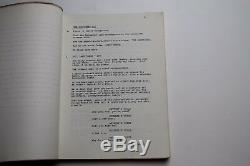 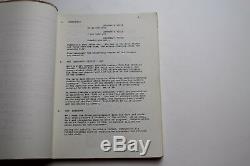 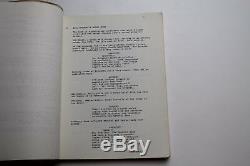 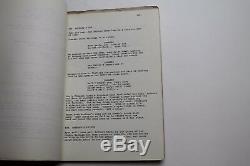 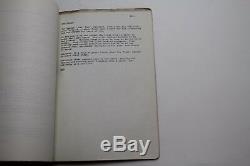 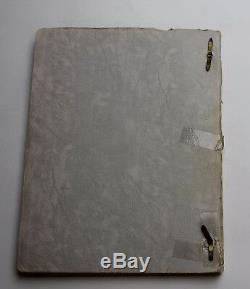 I believe that this is the earliest screenplay draft for the film, Francis Ford Coppola turned this screenplay down in 1978. The Godfather: Part III, was not released until 1990, after many more Screenplays. This script has the original gray Paramount Pictures production cover. It has all white pages inside and it is 156 pages long. Please view all of the pictures provided above.

It is in very good overall condition. Paramount Picture's West Coast office made its own attempts. In June, 1977, Michael Eisner, then head of the studio, proposed a plot for "Godfather III" involving a new Mafia family's offers to aid in a CIA assassination attempt in return for drug-trafficking support. Eisner's regime also solicited screenplays --all of them focused on the next generation of the Corleone family. Alexander Jacobs was signed by Michael Eisner in October 1977 to write a sequel without the involvement of Francis Ford Coppola; the film was set in the present day, 25 years after the second movie, and focused on Tony Corleone, the son of Michael Corleone.

He has a power struggle with his cousin Tomasso. In a 1978 screenplay by the late Alexander Jacobs (co-writer of "The French Connection II"), Michael's son, Anthony, tries to legitimize the empire, but his cousin embroils the family in renewed family warfare and a stock fraud scheme. That same year, Puzo--author of the novel that inspired the series, and Coppola's co-writer on all three--wrote a 53-page treatment in which the CIA recruits Michael's son to assassinate a Latin-American leader, while Michael, posing as a mentally ill recluse, actually runs the family business behind the scenes. While struggling under contract to Paramount to write a Godfather III that would persuade Francis Ford Coppola to come back to the project. Coppola decided not to direct a Godfather III at that time.

I know that there are a lot of items to search through, but there is definitely something for you. Once you check off this little box it will allow you to search for a specific word that is contained in any of our listings' actual description. Here all of the original movie scripts will be categorized by decade, which will help you to narrow down what you are looking for by the year it was made. The item "THE GODFATHER PART III / Alexander Jacobs 1978 Movie Script Screenplay Draft" is in sale since Saturday, May 30, 2020.