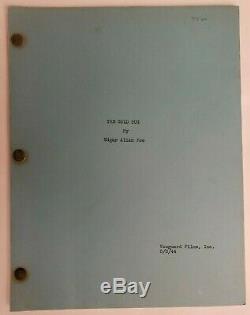 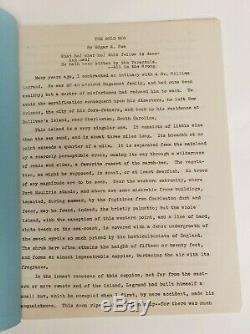 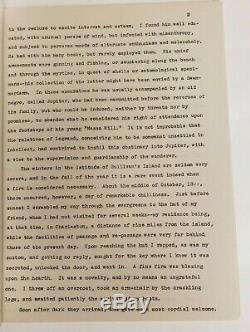 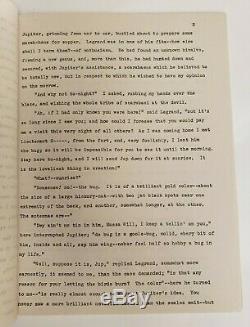 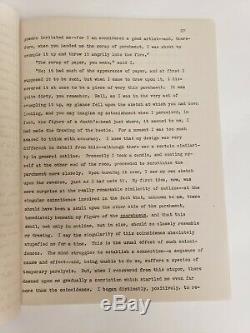 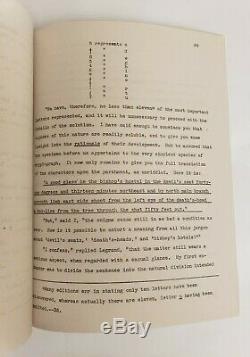 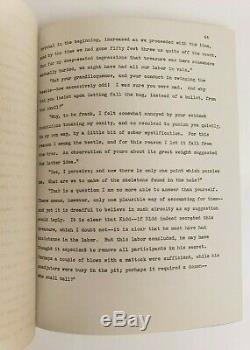 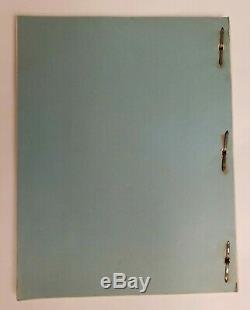 This story is written by Edgar Allan Poe. Although this item is dated 1944 it actually contains a Short Story titled, "The Gold Bug" which was originally written in 1843. However, this specific item was used in 1944 by Vanguard Films to adapt the original short story into a film. This script contains the complete short story which is 44 pages long. It is in very good overall condition.

It shows the appropriate signs of aging for being used during the 1940's. Please view the pictures above carefully. I'm not sure if Vanguard Films ever released a film based on this Edgar Allan Poe story, but it was definitely used by the production company in 1944. Vanguard Films is known for producing various Classic films, one of them being'Spellbound'.

Here all of the original movie scripts will be categorized by decade, which will help you to narrow down what you are looking for by the year it was made. The item "THE GOLD BUG / Edgar Allan Poe, 1944 story script used by Vanguard Films" is in sale since Saturday, May 4, 2019.