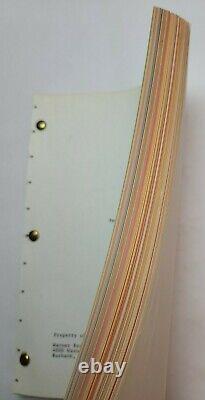 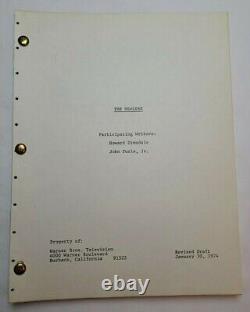 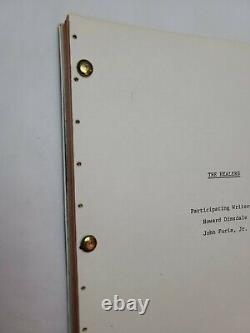 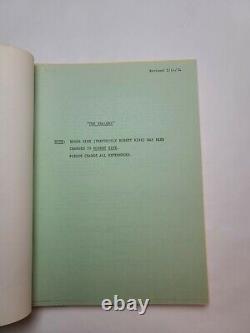 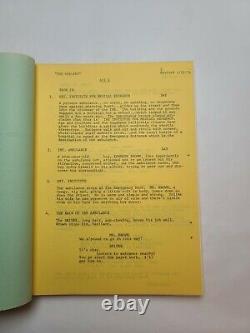 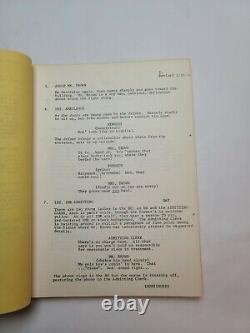 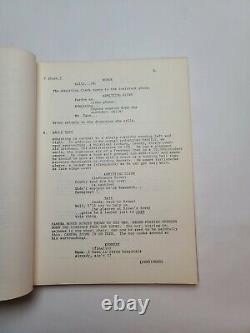 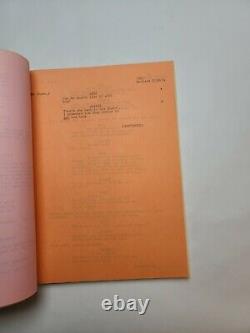 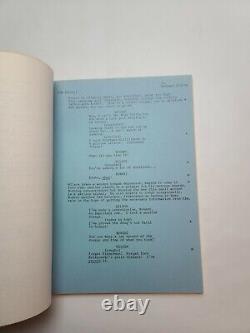 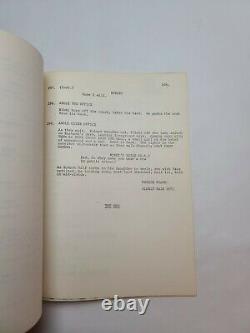 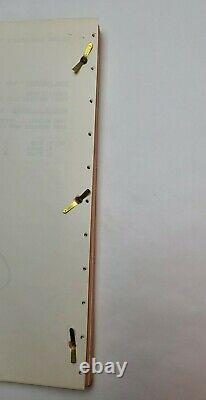 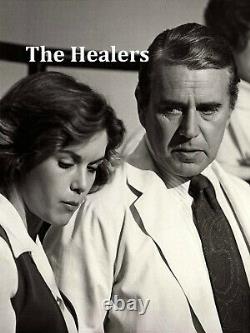 Written By: Howard Dimsdale & John Furia, Jr. This is an original movie script used during the making of the 1974 TV Movie titled, "The Healers". This script has multi-colored revision pages throughout inside and it is 108 pages long. It is the complete script. The spine of this script has small punch holes along the spinal edge where a plastic ribbed binding was removed.

Please view all of the pictures above carefully. This script is in good overall condition. The director of an urban medical center faces various major problems during the course of running the hospital. THE POSTER SHOWN IN THE LAST PICTURE ABOVE IS NOT INCLUDED, IT IS JUST BEING USED AS A VISUAL REFERENCE.

This makes original movie scripts very desirable because of how scarce they are. Any changes made to the screenplay during production are known as revisions and these revision pages are inserted into that one script that was issued out to them. For example, if we are talking about a low-budget film with a small cast and only a few crew members, there are actually only a small number of scripts in existence around the world for that film. This aspect of collecting makes it fun but also difficult because there may be a certain writer or director that you love to collect and there may only be a handful of movie scripts that still exist from that specific film that you are looking for. We have some of the rarest movie scripts in the world. Each film project has a different total number of scripts that are issued. The older a film is you also have to figure in the fact that a lot of the original movie scripts have been thrown out or destroyed over time.