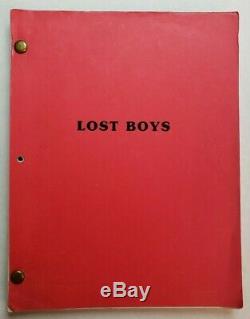 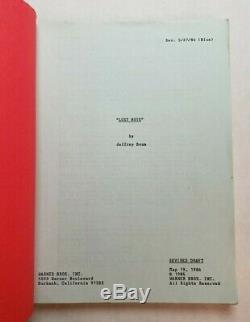 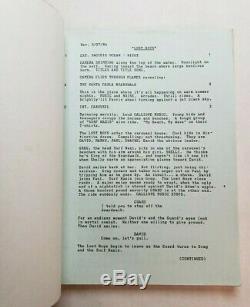 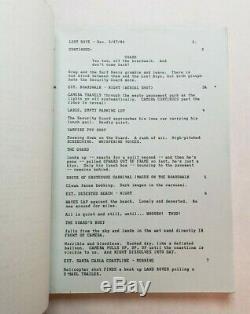 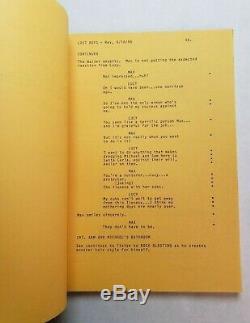 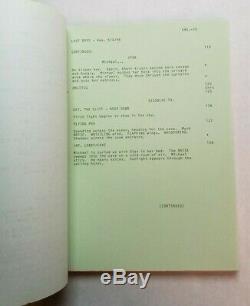 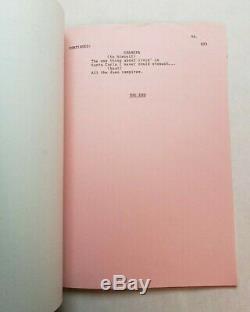 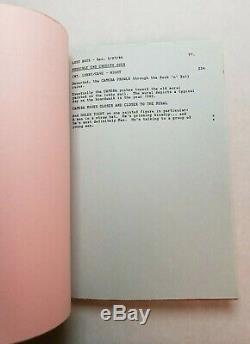 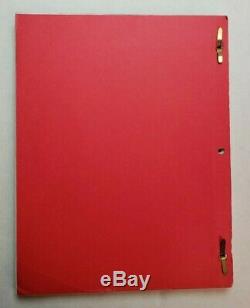 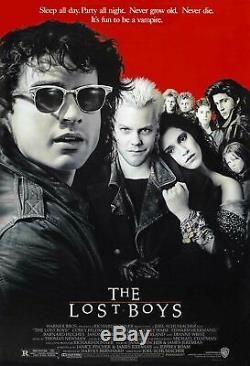 Script Last Dated: June 1986. This is an Original Movie Script used during the making of the 1987 Cult Classic film titled, "The Lost Boys". This script has the original red production cover with the title on it.

It has multi-colored revision pages inserted throughout it inside. It is complete and it is 97 pages long. The revision pages are dated up until June 1986. Please view all of the pictures above carefully. It's in very good overall condition. It shows the appropriate signs of aging for being used during filming. A mother and her two sons move to a small coast town in California. The town is plagued by bikers and some mysterious deaths. The younger boy makes friends with two other boys who claim to be vampire hunters while the older boy is drawn into the gang of bikers by a beautiful girl. The older boy starts sleeping days and staying out all night while the younger boy starts getting into trouble because of his friends' obsession. THE POSTER SHOWN IN THE LAST PICTURE ABOVE IS NOT INCLUDED, IT IS JUST BEING USED AS A VISUAL REFERENCE. Specializes in rare and collectible movie scripts. Our scripts are genuine, authentic and screen used. We also carry movie props from no genre in particular. Furthermore, all of our items that are not props or scripts can be found in our Other Memorabilia category. We do not sell reproductions or fakes. We have one of the largest collections of original movie screenplays in the world. We also carry scripts used in Television, Broadway, Radio and other forms of entertainment.