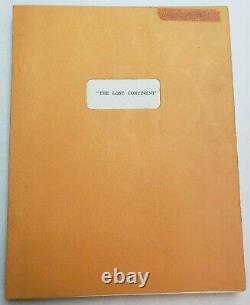 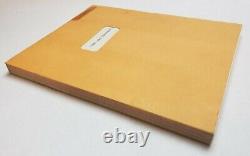 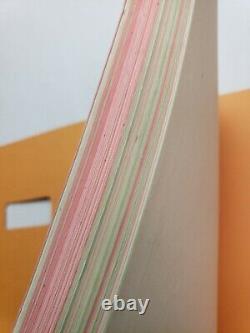 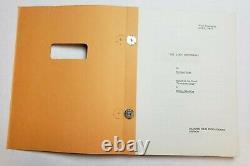 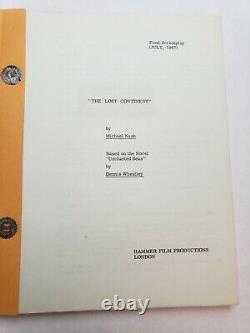 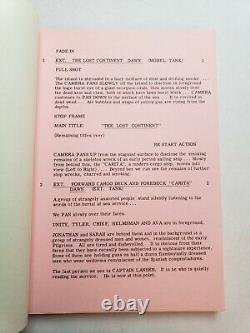 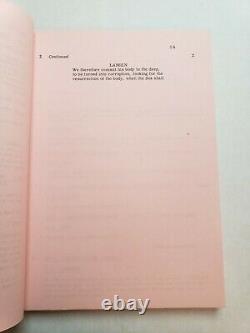 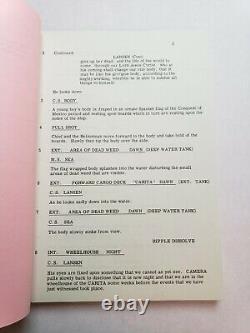 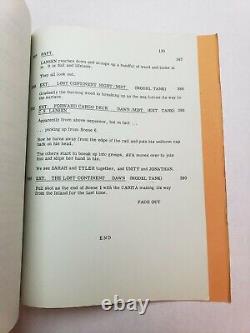 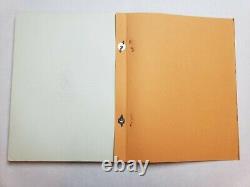 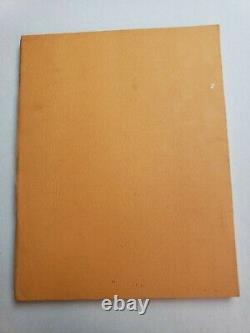 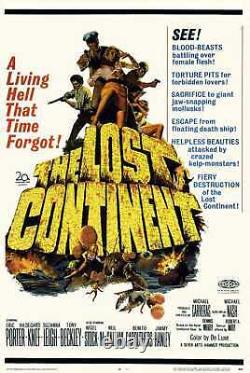 This is an Original Movie Script used during the making of the 1968 Fantasy film titled, "The Lost Continent". This script has the original, window styled, production cover. The front production cover has a residue mark on the top right corner where I believe a name sticker was removed. Please view the first picture above carefully. This script has white pages and pink revision pages throughout it inside.

This is the Final Draft dated July 1967. It is complete and it is 130 pages long. All of the pages inside are in excellent condition. Please view all of the pictures above carefully.

It's in very good overall condition. This is an extremely rare Hammer Film. On their way to South America, the passengers and crew of an old freighter face many challenges.

The captain has taken on illegal cargo - a dangerous consignment of phosphorous that will explode if it comes into contact with water - something that worries the crew but less so for the passengers who all seem to have good reasons to continue their trip. For those who stay aboard, they soon find themselves trapped in a huge bed of living seaweed and find a several centuries old Spanish galleon that has been trapped for all of that time - now manned by the descendants of the original crew. They will have to them if they are to survive. THE POSTER SHOWN IN THE LAST PICTURE ABOVE IS NOT INCLUDED, IT IS JUST BEING USED AS A VISUAL REFERENCE.

Any changes made to the screenplay during production are known as revisions and these revision pages are inserted into that one script that was issued out to them. For example, if we are talking about a low-budget film with a small cast and only a few crew members, there are actually only a small number of scripts in existence around the world for that film. This aspect of collecting makes it fun but also difficult because there may be a certain writer or director that you love to collect and there may only be a handful of movie scripts that still exist from that specific film that you are looking for. We have some of the rarest movie scripts in the world. Each film project has a different total number of scripts that are issued. The older a film is you also have to figure in the fact that a lot of the original movie scripts have been thrown out or destroyed over time. We do our best to provide the widest selection of original movie scripts in the world. Whatever actor, producer, director, writer or specific film department you are looking for, we probably have a movie script related to the person you are looking for in some form or fashion. I know that there are a lot of items to search through, but there is definitely something for you.