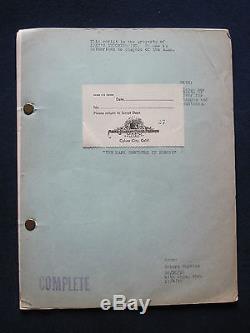 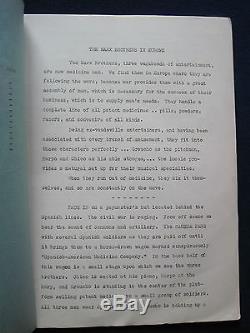 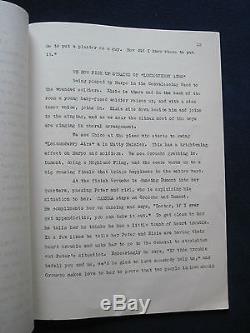 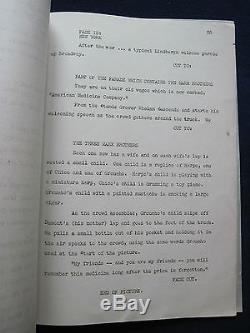 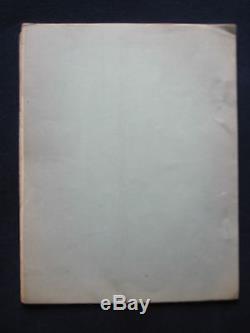 Original 25 page mimeographed script treatment, dated October 30, 1939 with changes through November 3, 1939, for an unproduced Marx Brothers feature The Marx Brothers in Europe. Some dust soiling and minor use to the printed studio covers, with the interior in uniformly fine condition. The film tells the story of the Marx Brothers as former vaudeville performers traveling throughout Europe in the fall of 1939 as salesmen for their considerably questionable medical supply company which sees the various European military forces as the perfect customers for their products. The story makes fun of the German forces and, as such, quickly became a politically unacceptable project due to the timing of its creation, its subject matter, and the beginning of World War II with the invasion of Poland by Germany on September 1, 1939 and subsequent declarations of war on Germany by France and most of the countries of the British Empire and Commonwealth.

The item "THE MARX BROTHERS IN EUROPE Original Script Treatment Unproduced Feature Film" is in sale since Tuesday, May 17, 2016. This item is in the category "Entertainment Memorabilia\Movie Memorabilia\Scripts\Originals\Unsigned". The seller is "catstarbuck" and is located in Santa Barbara, California.