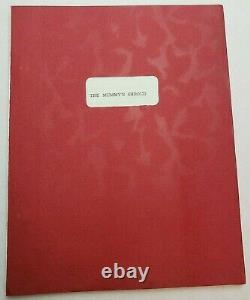 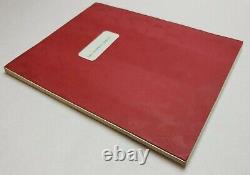 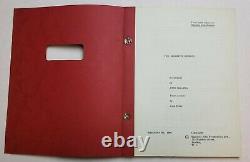 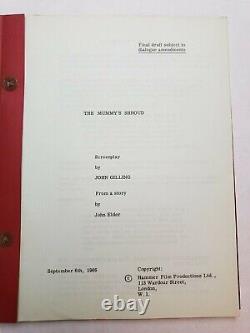 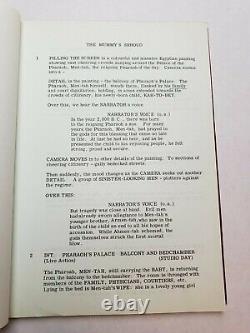 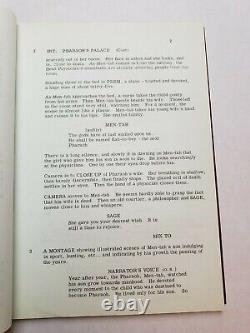 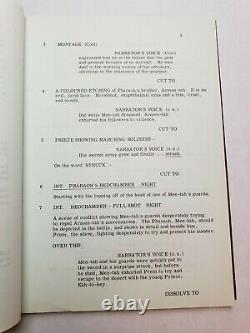 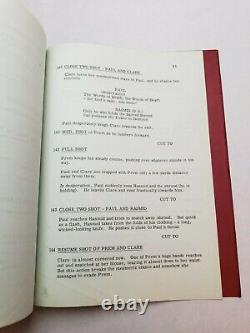 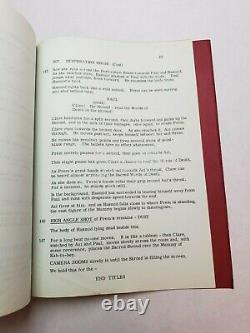 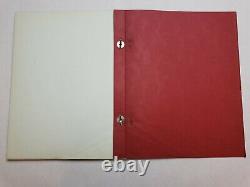 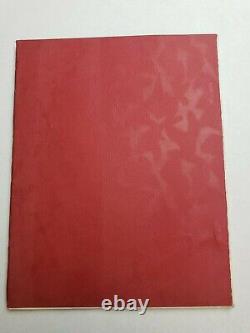 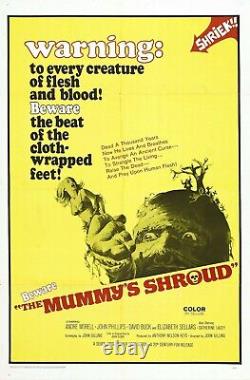 This is the Final Draft dated September 6, 1966. It has the original red, window styled, production cover. The production cover has some discoloration marks from being in storage. Please view the first picture above carefully. This script has white pages throughout it inside.

It is complete and it is 82 pages long. All of the pages inside are in excellent condition. Please view all of the pictures above carefully. It's in very good overall condition.

This is an extremely rare Hammer Film. In 1920 an archaeological expedition discovers the tomb of an ancient Egyptian child prince. Returning home with their discovery, the expedition members soon find themselves being killed off by a mummy, which can be revived by reading the words off the prince's burial shroud. THE POSTER SHOWN IN THE LAST PICTURE ABOVE IS NOT INCLUDED, IT IS JUST BEING USED AS A VISUAL REFERENCE.