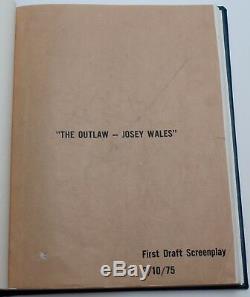 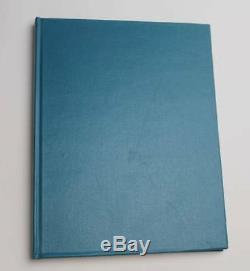 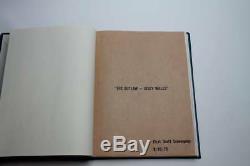 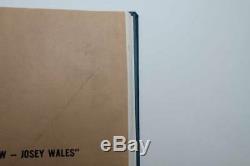 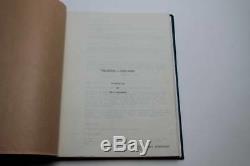 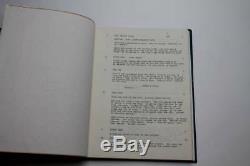 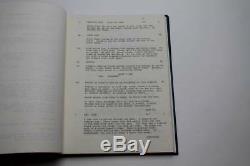 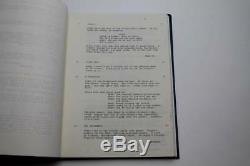 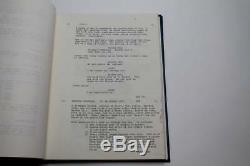 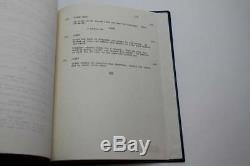 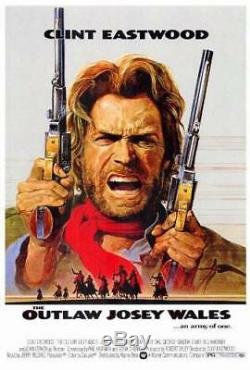 It has the original brown Production cover inside, as you can see in the pictures above the edges of this brown studio cover aren't perfectly trimmed. If you look at the pictures closely they over trimmed the brown cover along the very outer edges, this made it so you can see some slivers of the white pages underneath the brown cover. This is an actual first draft movie script used during production of this classic film.

It is in good overall condition. Please view all of the pictures above carefully. Josey Wales makes his way west after the Civil War, determined to live a useful and helpful life. He joins up with a group of settlers who need the protection that a man as tough and experienced as he is can provide. Unfortunately, the past has a way of catching up with you, and Josey is a wanted man.

Once you check off this little box it will allow you to search for a specific word that is contained in any of our listings' actual description. Here all of the original movie scripts will be categorized by decade, which will help you to narrow down what you are looking for by the year it was made. The item "THE OUTLAW JOSEY WALES / 1975 Original Movie Script Screenplay BOUND FIRST DRAFT" is in sale since Wednesday, March 27, 2019. This item is in the category "Entertainment Memorabilia\Movie Memorabilia\Scripts\Originals\Unsigned". The seller is "themoviewizard" and is located in Van Nuys, California.