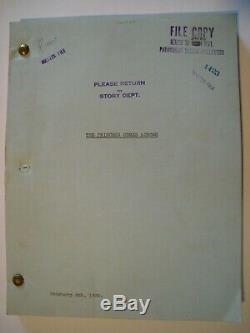 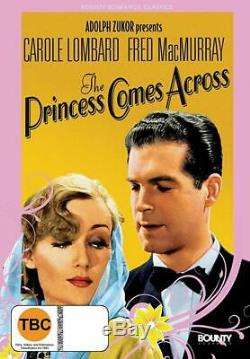 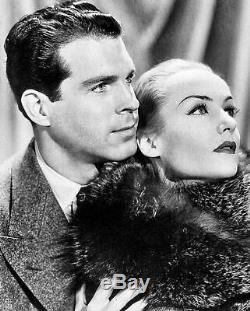 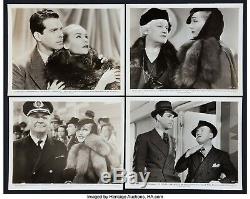 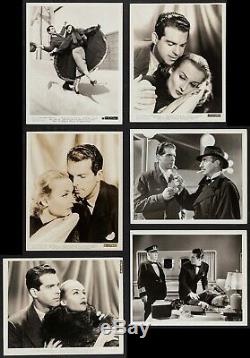 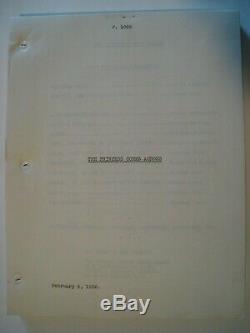 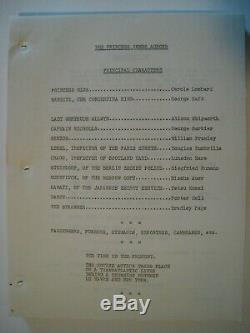 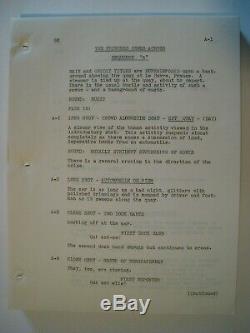 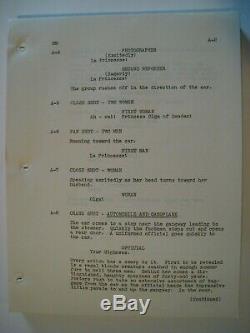 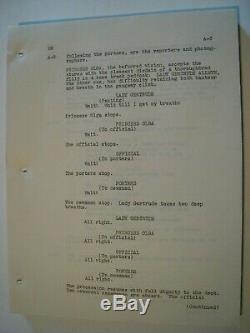 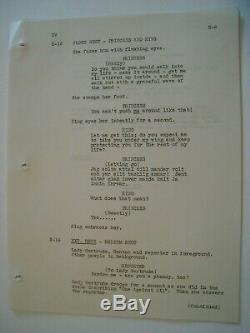 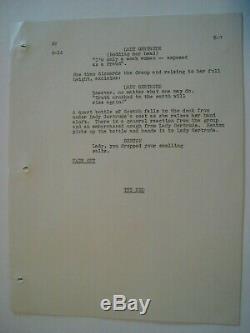 This is an original screenplay from the 1936 romantic comedy/crime mystery THE PRINCESS COMES ACROSS, starring Carole Lombard and Fred MacMurray. It is the shooting script dated February 4, 1936 and is a Master File Copy from the Paramount Studio story dept.

There are front and rear blue covers and approximately 149 white pages which are complete. The pages are numbered in lettered sections A, B, C, D and E, which was the format with Paramount scripts from the 1930's and 1940's. The blue covers have some light wear, and the pages are clean and in nice shape, especially considering the screenplay is 84 years old.

The poster and eleven photos from the movie shown in this ad are NOT included with the script. They only represent advertising used to promote the film. This extremely rare script would be a great acquisition for fans of Carole Lombard, screen goddess of the Hollywood Golden Age.

She married Clark Gable in 1939, forming a supercouple that gained much media attention. Today, she is remembered as one of the definitive actresses of the screwball comedy genre and American comedy, and ranks among the American Film Institute's greatest female stars of classic Hollywood cinema.

This was the second of four times Carole Lombard and Fred MacMurray were paired together. Lombard does a film-length takeoff on MGM's Swedish star Greta Garbo. Wanda Nash (Carole Lombard), an actress from Brooklyn, decides to masquerade as Princess Olga from Sweden in order to land a film contract with a big Hollywood studio.

On board the liner Mammoth bound for New York, she runs into King Mantell (Fred MacMurray), a concertina playing band leader with a criminal record in his past. Both are blackmailed during the voyage and after the blackmailer is killed, they become two of the prime suspects for the murder. The Princess Comes Across which began with the working title Concertina was initially intended to pair Lombard with George Raft for the third time, but Raft walked out when the studio assigned Ted Tetzlaff to photograph the film. Raft felt that Tetzlaff had made Lombard look better than himself in their earlier film "Rumba, " and did not want it to happen again. It was one of many roles Raft rejected after becoming a star.

With Raft out of the picture and temporarily suspended for his actions, the studio re-teamed Lombard and MacMurray, who had made the screwball comedy "Hands Across the Table" together in 1935. They would be paired together twice more, in 1937's "Swing High, Swing Low" and "True Confession" made in the same year. The script is for sale only in the United States. The item "The PRINCESS COMES ACROSS orig. 1936 movie script / CAROLE LOMBARD" is in sale since Wednesday, March 4, 2020.

This item is in the category "Entertainment Memorabilia\Movie Memorabilia\Scripts\Originals\Unsigned". The seller is "hpalmer66" and is located in Maynard, Massachusetts. This item can be shipped to United States.