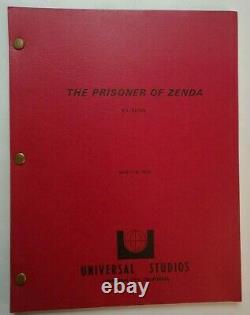 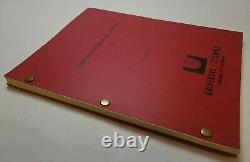 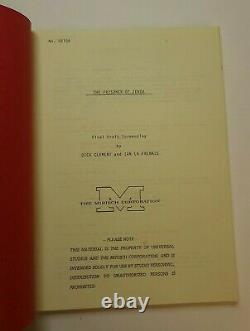 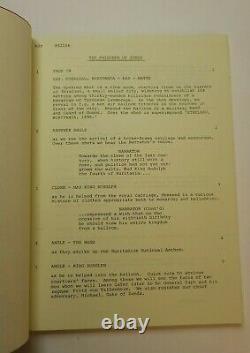 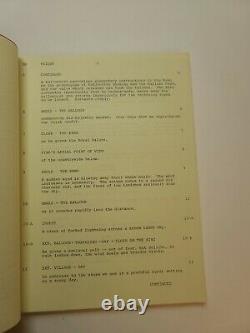 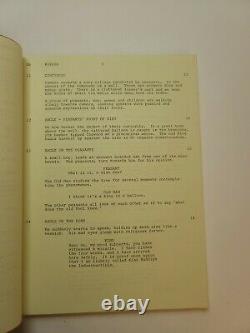 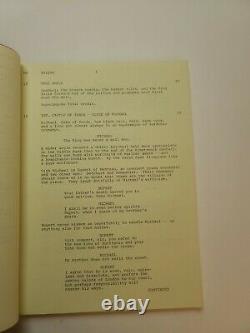 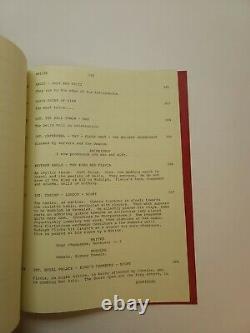 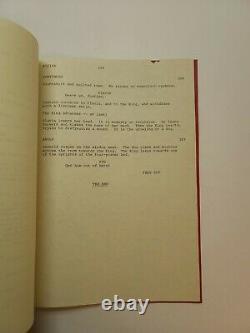 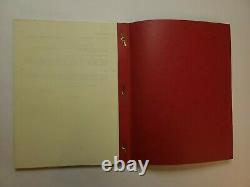 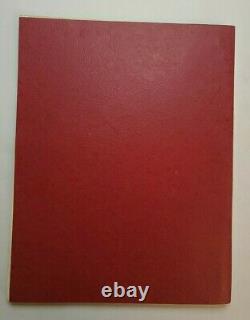 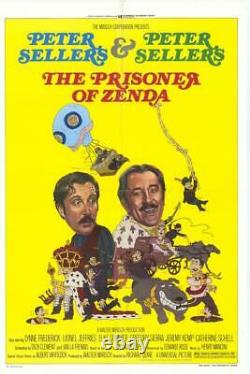 Script Dated: March 8, 1978. Written by: Dick Clement & Ian La Frenais. This is an original movie script used during the making of the 1979 film titled, "The Prisoner of Zenda".

This script has the original red, Universal Studios, production cover. It has all eye-rest green pages throughout inside and it is 109 pages long. The last page has a small tear along the top edge.

It shows the appropriate signs of aging for being used during the early 1970's. Please view all of the pictures above carefully. This script is in good overall condition. Anthony Hope's classic tale gets a decidedly'un-classic' treatment at the hands of Peter Sellers. Following the story somewhat, friends of the new King Rudolph of Ruritania fear for his life, and switch him with a look-a-like London cabby. THE POSTER SHOWN IN THE LAST PICTURE ABOVE IS NOT INCLUDED, IT IS JUST BEING USED AS A VISUAL REFERENCE. Specializes in rare and collectible movie scripts.