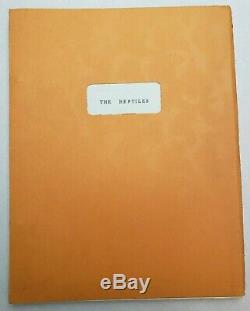 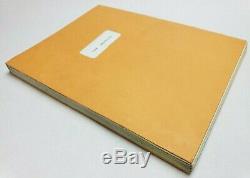 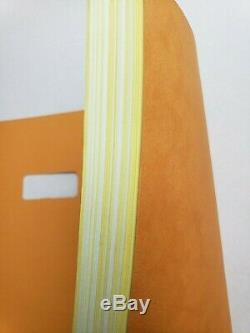 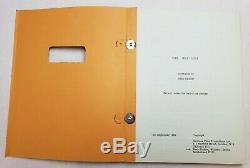 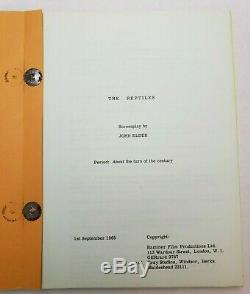 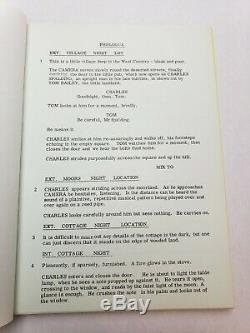 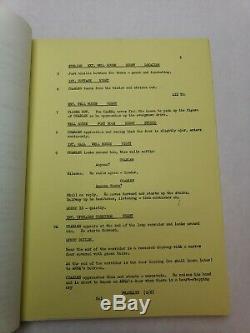 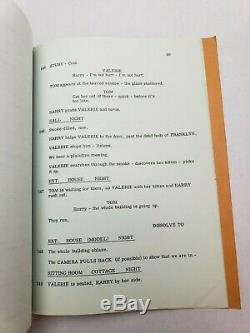 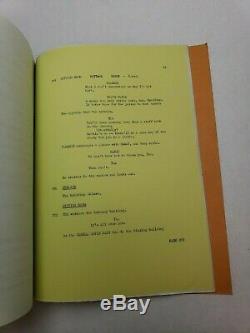 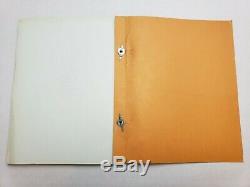 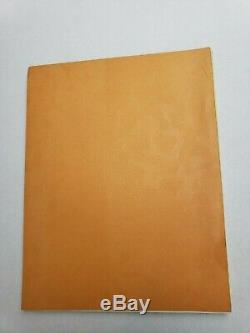 Script Dated: September 1, 1965. This is an Original Movie Script used during the making of the 1966 Horror film titled, "The Reptile". The Title Page has the Working Title of the film which was, "The Reptiles". This script has the original orange, window styled, production cover. The production cover has some discoloration marks from being in storage.

Please view the first picture above carefully. This script has white and yellow colored pages throughout it inside.

It is complete and it is 91 pages long. All of the pages inside are in excellent condition. Please view all of the pictures above carefully. It's in very good overall condition. This is an extremely rare Hammer Film. Harry Spalding and his wife Valerie inherit a cottage in a small country village after his brother mysteriously dies. The locals are unfriendly and his neighbor Dr.

Franklyn (a doctor of theology) suggests they leave. They decide to stay only to find that a mysterious evil plagues the community. THE POSTER SHOWN IN THE LAST PICTURE ABOVE IS NOT INCLUDED, IT IS JUST BEING USED AS A VISUAL REFERENCE. Specializes in rare and collectible movie scripts. Our scripts are genuine, authentic and screen used.

Whatever actor, producer, director, writer or specific film department you are looking for, we probably have a movie script related to the person you are looking for in some form or fashion. I know that there are a lot of items to search through, but there is definitely something for you. Once you check off this little box it will allow you to search for a specific word that is contained in any of our listings' actual description. Here all of the original movie scripts will be categorized by decade, which will help you to narrow down what you are looking for by the year it was made. The item "THE REPTILE / John Elder 1965 Screenplay, Noel Willman horror film, HAMMER FILMS" is in sale since Tuesday, June 18, 2019.