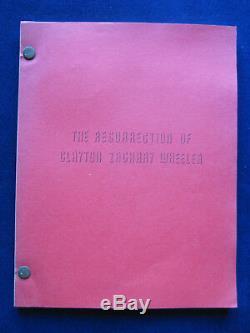 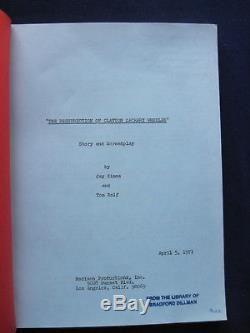 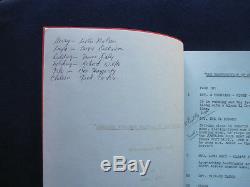 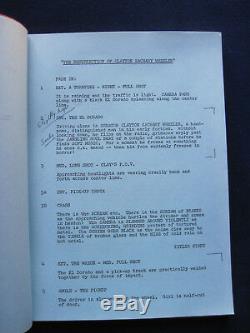 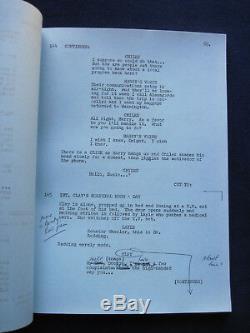 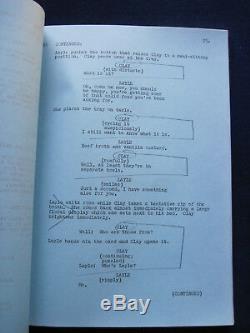 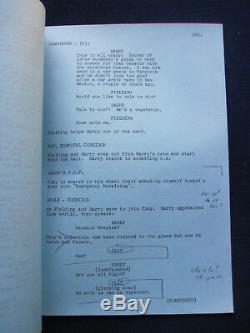 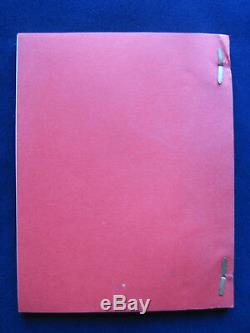 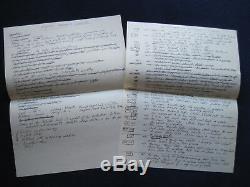 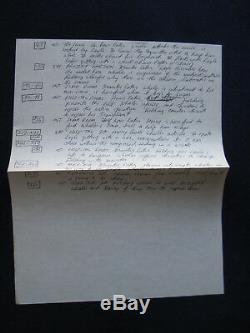 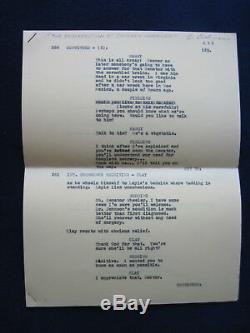 Original shooting script for the film The Resurrection of Zachary Wheeler, originally titled The Resurrection of Clayton Zachary Wheeler (as printed on the front cover and title page) written by Jay Simms and Tom Rolf, starring Bradford Dillman in the title role, alongside Leslie Nielsen, James Daly, Angie Dickinson, Robert J. Laid in are 5 pages of revised script, printed on yellow paper, and staplebound. This was Dillmans working script with his extensive notations throughout and with 2 pages of his handwritten character and scene notes. With Dillmans estate stamp which reads, From the Library of Bradford Dillman. Bradbound, 129 pages, dated April 5, 1971 on the title page, with a release date of November, 1971.

This cult classic early cloning themed sci-fi film directed by Bob Wynn tells the story of U. Senator Zachary Wheeler (Dillman) who is taken to a secret New Mexico medical lab at Los Alamos, the site of the old Manhattan Project, after a serious car crash and is healed by a team of covert medical personnel (Daly and Dickinson)using advanced technology. He was trained at the Actors Studio under Lee Strasberg and knew James Dean in early television. Dillman rose to sudden fame with his appearance in Richard Fleishers film Compulsion (1959) with Dean Stockwell and Orson Welles, and continued in movies throughout his career in such films as The Way We Were, The Iceman Cometh, The Enforcer, Sudden Impact, Crack in the Mirror, Escape From the Planet of the Apes, Francis of Assisi, Piranha, The Swarm, etc.

A great success in television, Dillman appeared in a remarkable number of shows and made for TV movies in a variety of genres, including, Mission Impossible, The Man from U. Columbo, Wagon Train, Ironside, Dynasty, The Wild Wild West, Thriller, Wonder Woman, Cannon, Barnaby Jones, and many others.