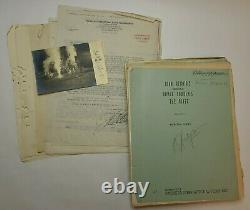 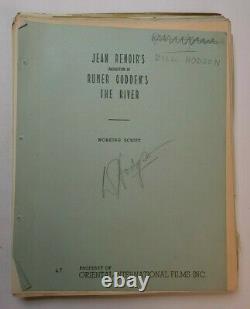 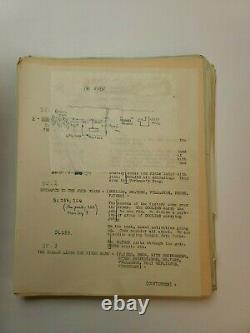 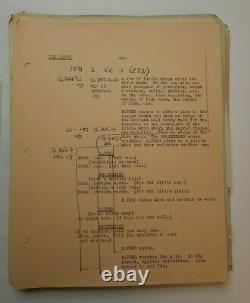 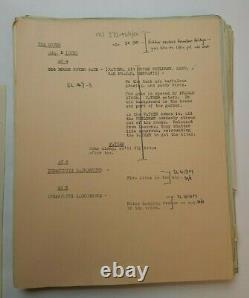 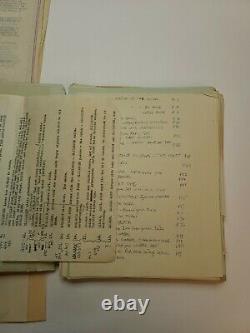 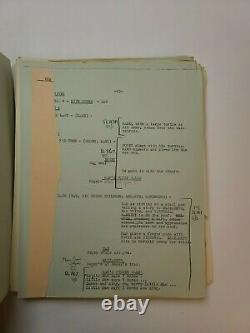 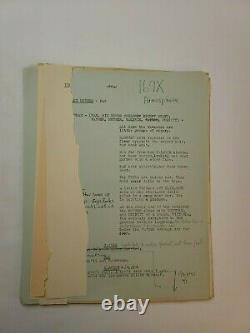 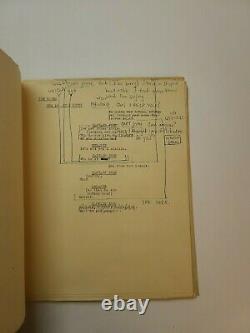 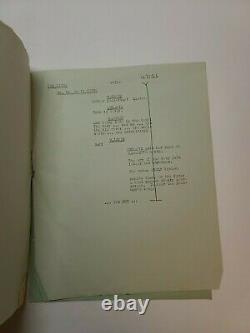 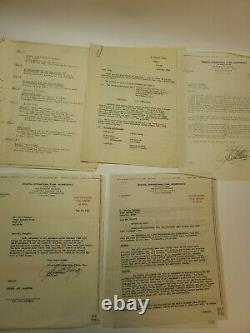 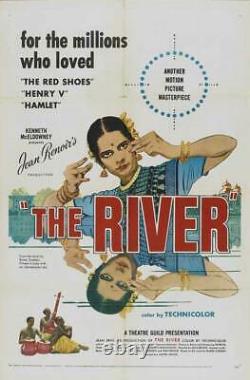 Rumer Godden & Jean Renoir. This is an Original Movie Script used during the making of the 1951 film titled, "The River". It has the original, Oriental International Films. Production cover with the title.

This script has multi-colored revision pages throughout it inside and. It is 93 pages long. This script was used by British editor, Bill Hodgson. The front cover has his name spelled wrong it says Bill Hodson, but his name is actually spelled "Bill Hodgson".

This script also includes several inter-office memos sent to Bill Hodgson during production in India. Many of the pages inside have his own actual handwritten markings and annotations. THIS IS A PARTIAL SCRIPT. During Bill's work on the film he ripped out several pages from the script for his own editing work.

THIS SCRIPT IS MISSING PAGES: 31, 63, 64, 65, & 66. Although these pages have been torn out, this is exactly how this artifact was used and then left after filming completed. Please view all of the pictures provided above. This script is in good overall condition.

It shows the appropriate signs of aging for being used during the early 1950's. Harriet, now an adult, narrates the story of her coming of age, growing up as a British national and as a daughter of a jute press manager in the Bengal region of India, they living in the big house on the banks of one of the holy rivers. At the time, she is the eldest of six siblings - five girls and one boy - with another one on the way and with her being significantly older than the rest of her siblings. As such, she spends much time with an honorary member of their family, a late teen - not quite an adult - named Valerie, also a British national and the daughter of the jute press owner. Another friend, who recently arrived home from her western schooling, is Melanie, the biracial daughter of British national Mr.

John and his deceased Hindu wife. John and Melanie realize her difficult position, straddling both the Hindi and western cultures. Their small world is shaken up with the arrival of Captain John, Mr. John's cousin and an American ex-military man who has one..

We do not sell reproductions or fakes. We have one of the largest collections of original movie screenplays in the world. We also carry scripts used in Television, Broadway, Radio and other forms of entertainment. Every script that we own was hand-picked one at a time over the many years of which we have been collecting. A lot of people, new to collecting, are confused about the word Original. " In terms of movie scripts, the term "Original means that it was used by the production company in the early stages of production or that it was issued out to the cast and crew members during filming, and used at the time of production. Any scripts printed or used in any fashion after filming has completed are known as either a reproduction or a post-production script. These two types of scripts are much less valuable and desirable. All of our scripts are Original.. An original movie script has a lot of character in the item itself and every one of them is different in some way or another.