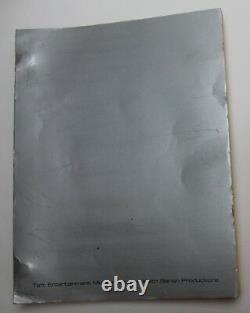 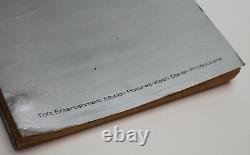 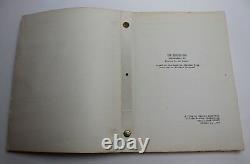 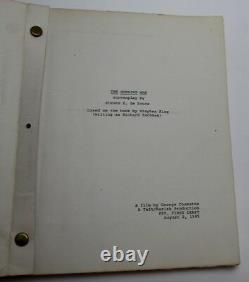 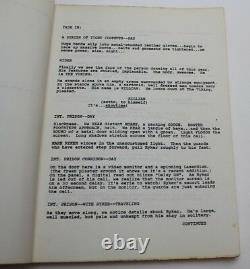 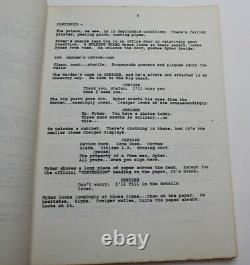 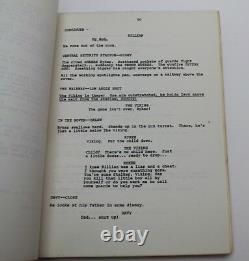 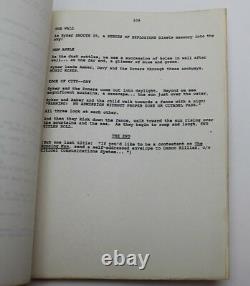 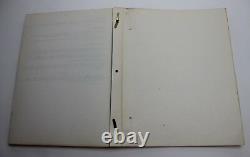 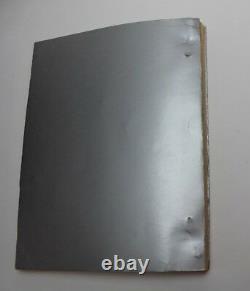 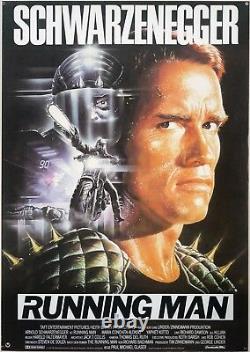 Script Dated: August 2, 1985. This is an Original Movie Script from the 1987 Sci-Fi movie titled, "The Running Man". This script has the original Keith Barish/TAFT Entertainment production cover. It has all white pages and it is 109 pages long. There is some brown spotting around the outer edges of the script from being in storage for many years. The back cover has some small holes where the tips of the brass brads have poked through the cover. Please view all of the pictures provided above.

This script shows the appropriate signs of aging and it is in good overall condition. In the year 2017, the world economy has collapsed.

The great freedoms of the United States are no longer, as the once great nation has sealed off its borders and become a militarized police state, censoring all film, art, literature, and communications. Even so, a small resistance force led by two revolutionaries manages to fight the oppression. With full control over the media, the government attempts to quell the nation's yearning for freedom by broadcasting a number of game shows on which convicted criminals fight for their lives. The most popular and sadistic of these programs is "The Running Man, " hosted by Damon Killian.

When a peaceful protest of starving citizens gathers in Bakersfield, California, a police officer named Ben Richards is ordered to fire on the crowd, which he refuses to do. Subdued by the other officers, the attack is carried out, and Richards is framed for the murder of almost a hundred unarmed civilians. Following a daring jail break months later, Richards is.. POSTER IS NOT INCLUDED, IT IS JUST BEING USED AS A VISUAL REFERENCE.

Each film project has a different total number of scripts that are issued. The older a film is you also have to figure in the fact that a lot of the original movie scripts have been thrown out or destroyed over time. We do our best to provide the widest selection of original movie scripts in the world. Whatever actor, producer, director, writer or specific film department you are looking for, we probably have a movie script related to the person you are looking for in some form or fashion. I know that there are a lot of items to search through, but there is definitely something for you. Once you check off this little box it will allow you to search for a specific word that is contained in any of our listings' actual description. Here all of the original movie scripts will be categorized by decade, which will help you to narrow down what you are looking for by the year it was made.

The item "THE RUNNING MAN, Steven E de Souza 1985 SciFi Movie Script Arnold Schwarzenegger" is in sale since Saturday, May 30, 2020. This item is in the category "Entertainment Memorabilia\Movie Memorabilia\Scripts\Originals\Unsigned".