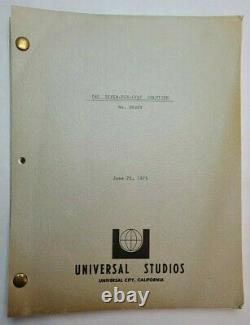 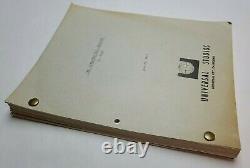 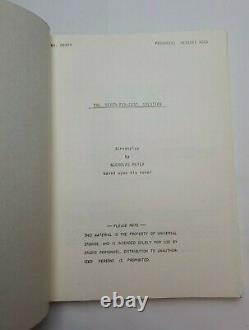 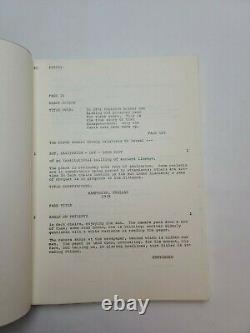 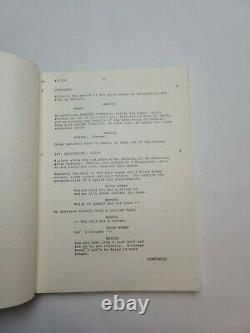 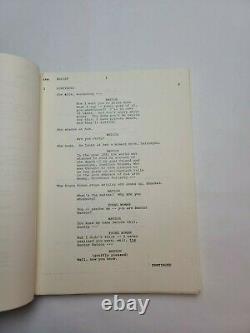 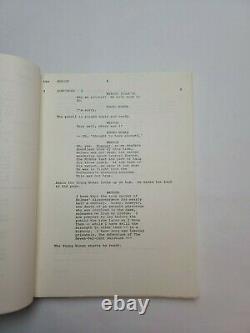 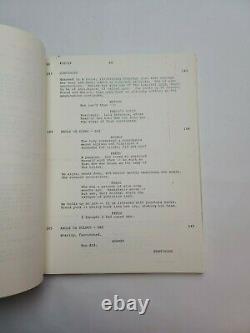 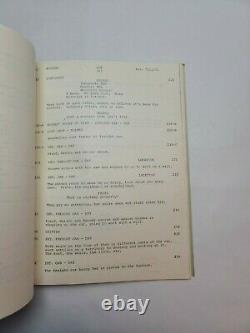 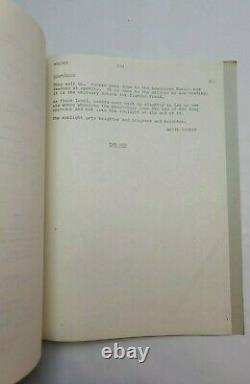 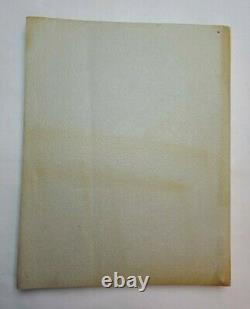 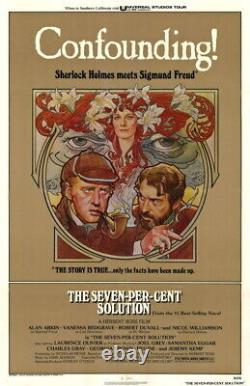 This is an Original Movie Script used during the making of the 1976 film titled, "The Seven-Per-Cent Solution". This script has the original gray, Universal Studios. Production cover which has heavy brown discoloration from being in storage for many years. This script has all white pages throughout it inside.

It is complete and it is 132 pages long. Pages inside have black copy marks along the edges, which is just how these original scripts were printed by the production company and then issued out to the cast & crew members. Please view all of the pictures above carefully. This script is in good overall condition.

Concerned about his friend's cocaine use, Dr. Watson tricks Sherlock Holmes into travelling to Vienna, where Holmes enters the care of Sigmund Freud. Freud attempts to solve the mysteries of Holmes' subconscious, while Holmes devotes himself to solving a mystery involving the kidnapping of Lola Deveraux. THE POSTER SHOWN IN THE LAST PICTURE ABOVE IS NOT INCLUDED, IT IS JUST BEING USED AS A VISUAL REFERENCE. Specializes in rare and collectible movie scripts. Our scripts are genuine, authentic and screen used. We also carry movie props from no genre in particular. Furthermore, all of our items that are not props or scripts can be found in our Other Memorabilia category. We do not sell reproductions or fakes. We have one of the largest collections of original movie screenplays in the world. We also carry scripts used in Television, Broadway, Radio and other forms of entertainment. Every script that we own was hand-picked one at a time over the many years of which we have been collecting.