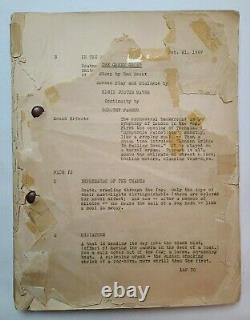 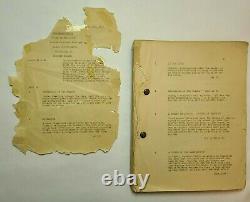 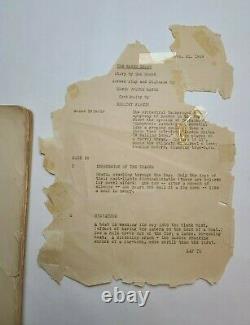 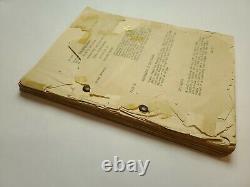 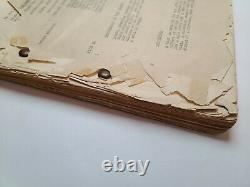 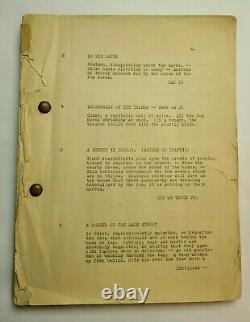 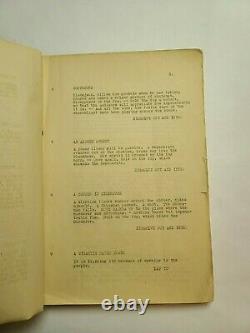 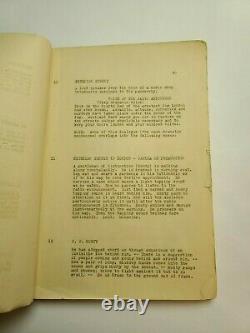 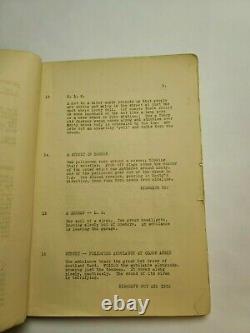 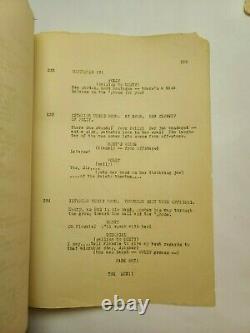 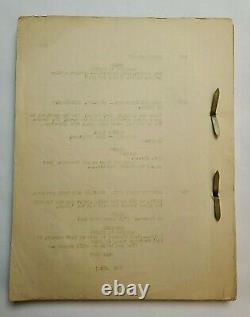 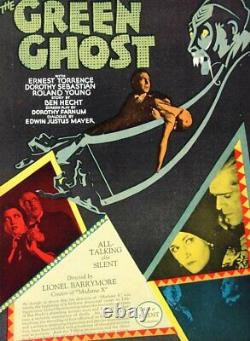 Written by: Edwin Justus Mayer & Ben Hecht (story). This is an Original Movie Script used during the making of the 1929 film titled, "The Unholy Night". The Title Page has the Alternate Title of the film which was, "The Green Ghost". This original script is date February 21, 1929. The Title Page is in POOR condition.

It is missing pieces around the outer edges of the page. I have provided pictures showing the small tape pieces on the front side of the Title Page, where they are holding it tear together. The rest of the pages inside of this script are in good condition, considering this script is around 90 years old.

This script has all white pages throughout it inside. It is complete and it is 159 pages long. The photo lighting in some of the pictures above is yellowing the script, furthermore the pages inside of the actual script are all white. Please view all of the pictures provided above. This script is in Fair overall condition, with the Title Page being in Poor condition. It shows the appropriate signs of aging for being used during the late 1920's. On a dark foggy London night, someone tries to strangle Lord Montague, but he escapes. Only to discover the four other men who did get killed were old regimental comrades in Gallipoli. When Scotland Yard gets Monty to gather the other nine surviving officers at his home, one of them is murdered, and no one else has entered the house. Now, they must determine who the murderer is. THE POSTER SHOWN IN THE LAST PICTURE ABOVE IS NOT INCLUDED, IT IS JUST BEING USED AS A VISUAL REFERENCE. Specializes in rare and collectible movie scripts. Our scripts are genuine, authentic and screen used. We also carry movie props from no genre in particular.