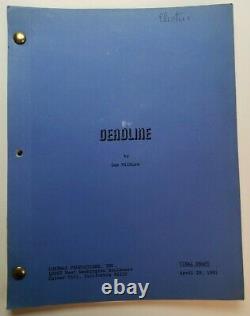 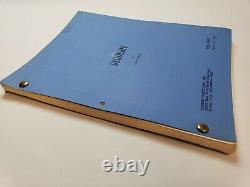 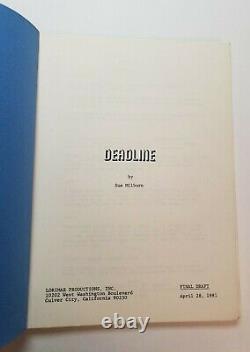 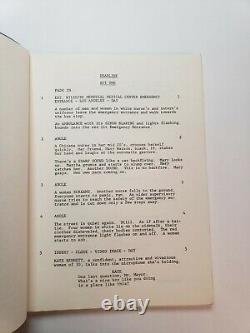 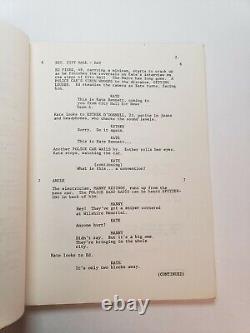 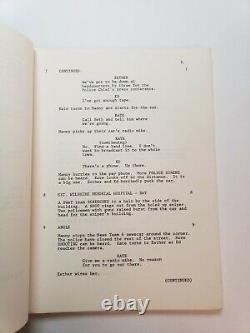 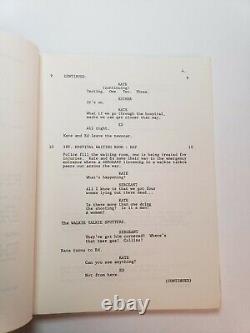 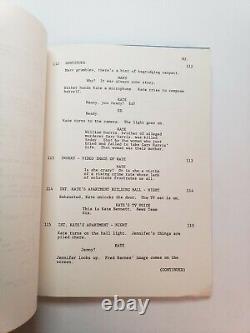 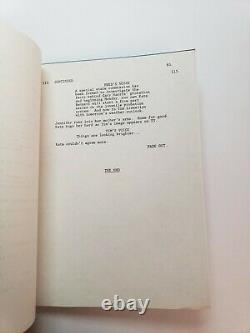 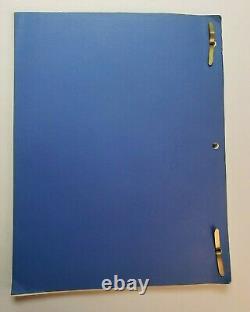 This is an Original TV Script used during the making of the first episode of the Proposed 1981 TV Series titled, This Is Kate Bennett... This script has the original blue production cover. The front cover has the working title which was, "Deadline". It is from the Pilot Episode which is Season 1, Episode 1. This is the Final Draft. It is the complete script and it has all white pages throughout it inside. This script is 83 pages long. Please view all of the pictures above carefully.

The script is in very good overall condition. This TV Series never happened and this filmed Pilot Episode is now considered to be a 1982 TV Movie titled, This Is Kate Bennett... In this pilot for a prospective TV series, Kate Bennett is an investigative TV news reporter who finds her life imperiled, along with that of her young daughter, Jennifer, after she doggedly pursues the story of a sniper attack on several nurses.

Specializes in rare and collectible movie scripts. Our scripts are genuine, authentic and screen used. We also carry movie props from no genre in particular. Furthermore, all of our items that are not props or scripts can be found in our Other Memorabilia category. We do not sell reproductions or fakes. We have one of the largest collections of original movie screenplays in the world. We also carry scripts used in Television, Broadway, Radio and other forms of entertainment.