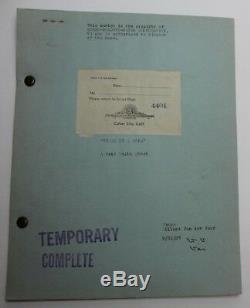 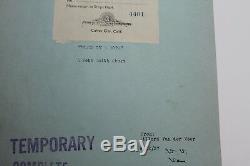 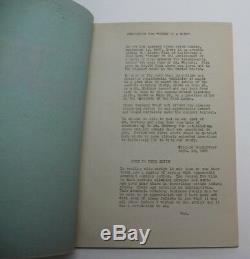 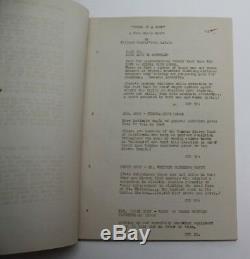 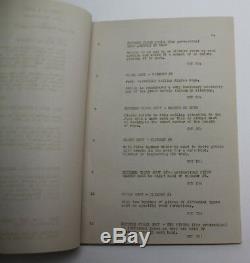 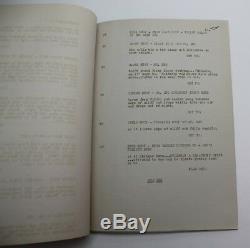 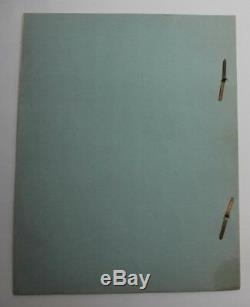 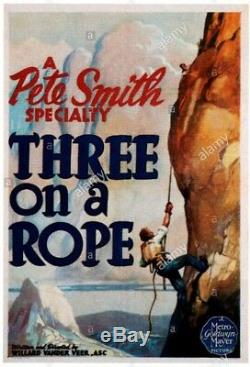 Title: Three on a Rope. Written by Willard Van der Veer. Script Dated: September 22, 1937. This is an Original movie script from the 1938 Rock Climbing Short Film titled, "Three on a Rope".

It has the original Metro-Goldwyn-Mayer production cover. This script is dated September 22, 1937. The script is complete and it is 18 pages long. This is an extremely rare rock climbing.

Please view all of the pictures above carefully. This short looks at the sport of rock climbing. A team of three men ascend a rock wall on Southern California's Tahquitz Rock (also known as Lily Rock) above Idyllwild. The various climbing techniques are explained, as well as the dangers one encounters in this sport.

We also see the team rappel from the summit. A second team, used for comic relief, has nothing but problems. THE POSTER SHOWN IN THE LAST PICTURE ABOVE IS NOT INCLUDED, IT IS JUST BEING USED AS A VISUAL REFERENCE. Specializes in rare and collectible movie scripts.

Whatever actor, producer, director, writer or specific film department you are looking for, we probably have a movie script related to the person you are looking for in some form or fashion. I know that there are a lot of items to search through, but there is definitely something for you. Once you check off this little box it will allow you to search for a specific word that is contained in any of our listings' actual description. Here all of the original movie scripts will be categorized by decade, which will help you to narrow down what you are looking for by the year it was made. The item "Three on a Rope / Willard Van der Veer 1937 Movie Script, Rock Climbing Tahquitz" is in sale since Saturday, May 30, 2020.