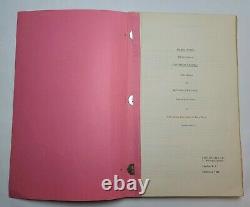 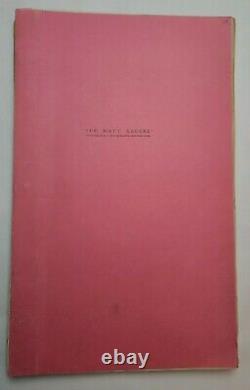 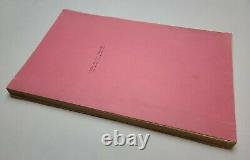 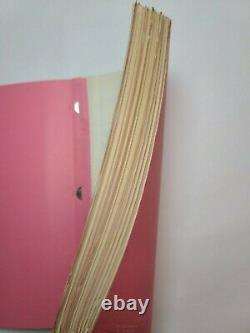 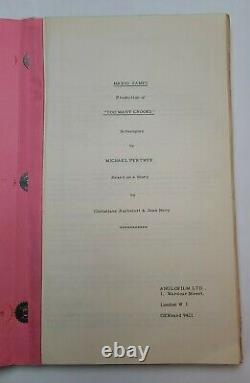 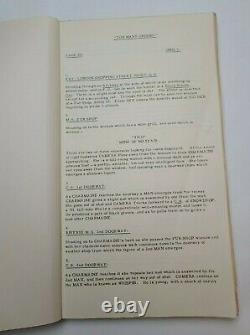 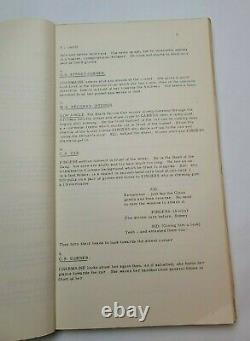 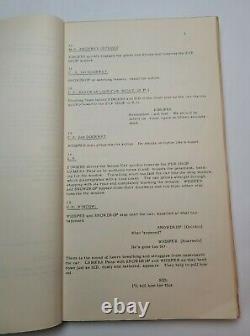 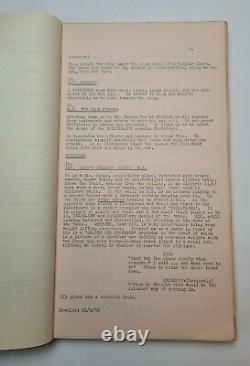 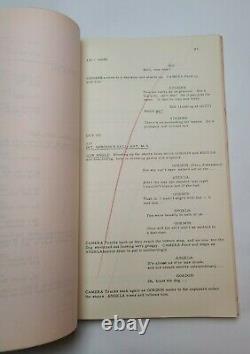 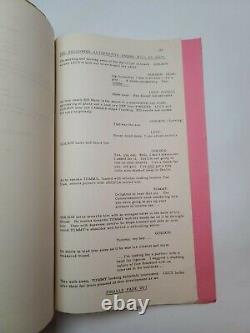 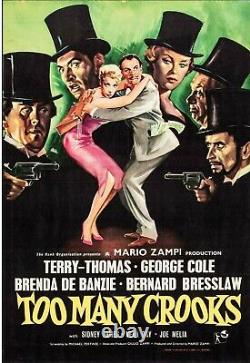 Script Last Dated: August 1958. This is an Original Movie Script used during the making of the 1959 film titled, "Too Many Crooks". It has the original production cover with the title on it.

This script is complete and it is 123 pages long. It has all white pages and pink revision pages throughout it inside.

Please view all of the pictures provided above. It is in good overall condition. Accident-prone Fingers runs a pretty unsuccessful gang.

They try and rob wealthy but tricky Billy Gordon - who distrusts banks and fears the Inland Revenue - but he sees Fingers and the boys off. So they decide to kidnap his daughter, only to end up with his wife Lucy. Gordon makes out he couldn't be more pleased, spurring Lucy to take charge of the hopeless bunch of villains. THE POSTER SHOWN IN THE LAST PICTURE ABOVE IS NOT INCLUDED, IT IS JUST BEING USED AS A VISUAL REFERENCE. Specializes in rare and collectible movie scripts. Our scripts are genuine, authentic and screen used. We also carry movie props from no genre in particular.