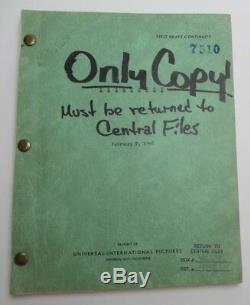 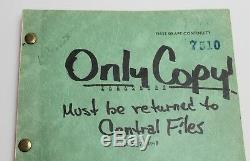 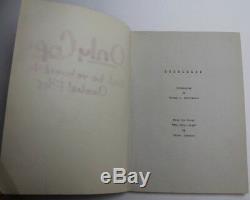 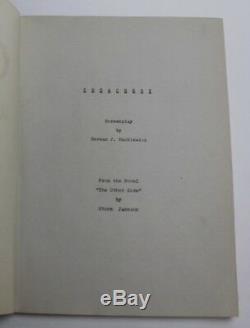 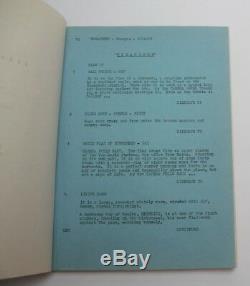 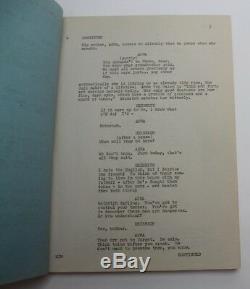 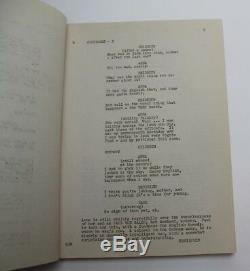 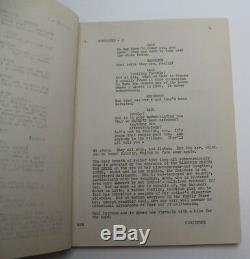 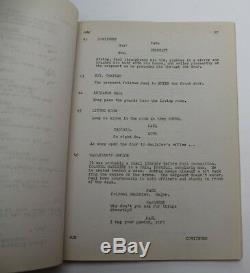 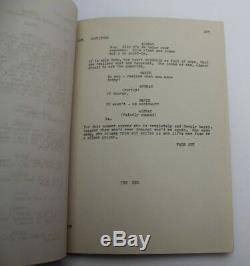 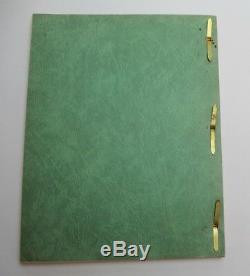 Script Dated: February 7, 1948. This is an original movie script from 1948 for an Unproduced film titled, "Treachery". It is written by Herman J. Mankiewicz, who is best know for writing, "Citizen Kane". This script has the original green, Universal-International Pictures, production cover.

The cover has some writing on it which was done by a black marker that says, Only Copy! This script has blue revision pages inserted inside and it is 105 pages long. This screenplay is based on the novel titled, "The Other Side" written by Storm Jameson. Please view all of the pictures above carefully. This script is in good overall condition.

About the novel titled "The Other Side". When a country is invaded and occupied for a long time, the rents that appear in human relationships are not all, or always, due to the brutality of the invader - his kindness can be equally dangerous and disturbing. What happens to a French girl who marries a Young German, decent and well-meaning, and is taken by him to live with his German family?

Suppose that he is killed, and she left alone in Germany, with her relations by marriage? What do they think of her? How does she think of herself - has she a country? She has committed a fault-or a social crime -which is also a simple and natural human gesture. It may be something she ought to expiate.

But perhaps nothing she can now do will be an expiation. There may be no forgiveness for her, or she may not need it. This is a short truthful book, into which has been concentrated the clearest and fullest realization of the passions and energies involved. Specializes in rare and collectible movie scripts. Our scripts are genuine, authentic and screen used.

We also carry movie props from no genre in particular. Furthermore, all of our items that are not props or scripts can be found in our Other Memorabilia category. We do not sell reproductions or fakes. We have one of the largest collections of original movie screenplays in the world. We also carry scripts used in Television, Broadway, Radio and other forms of entertainment. Every script that we own was hand-picked one at a time over the many years of which we have been collecting. A lot of people, new to collecting, are confused about the word Original. " In terms of movie scripts, the term "Original means that it was used by the production company in the early stages of production or that it was issued out to the cast and crew members during filming, and used at the time of production. Any scripts printed or used in any fashion after filming has completed are known as either a reproduction or a post-production script. These two types of scripts are much less valuable and desirable. All of our scripts are Original. An original movie script has a lot of character in the item itself and every one of them is different in some way or another. There is usually only one script given to each crew member during production, however, sometimes they do get more than one.