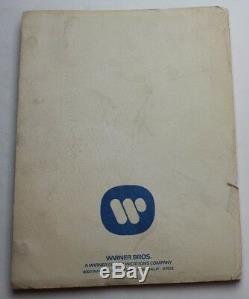 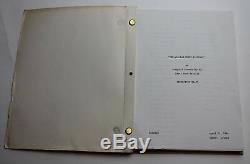 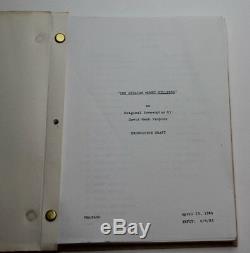 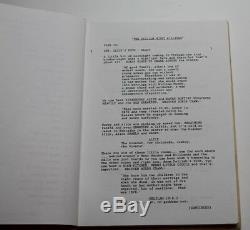 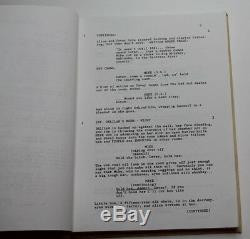 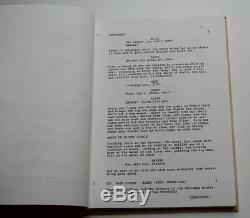 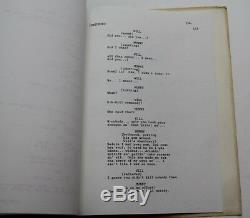 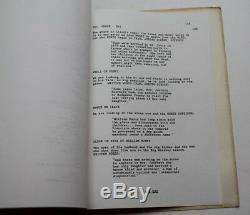 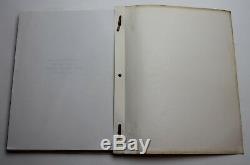 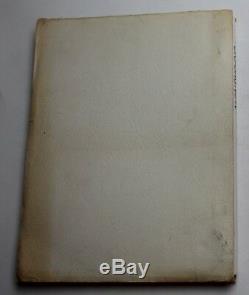 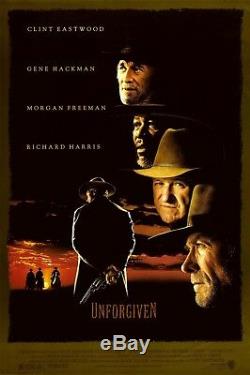 Working Title: "The William Munny Killings". This is an Early Production Draft Movie Script from 1984 for the Classic movie titled, "Unforgiven" that came out in 1992.

This script is dated 8 years earlier. It is 135 pages long and is complete with all white pages inside. It has the original Warner Bros.

The Title Page inside has the original Working Title of the film which was, The William Munny Killings. Please view all of the pictures provided above. This script is in very good overall condition. The town of Big Whisky is full of normal people trying to lead quiet lives.

Cowboys try to make a living. Sheriff'Little Bill' tries to build a house and keep a heavy-handed order. The town whores just try to get by. Then a couple of cowboys cut up a whore. Dissatisfied with Bill's justice, the prostitutes put a bounty on the cowboys.

The bounty attracts a young gun billing himself as'The Schofield Kid', and aging killer William Munny. Munny reformed for his young wife, and has been raising crops and two children in peace. But his wife is gone. And Munny is no good at it. So he calls his old partner Ned, saddles his ornery nag, and rides off to kill one more time, blurring the lines between heroism and villainy, man and myth.