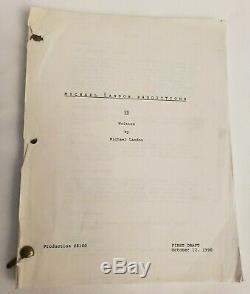 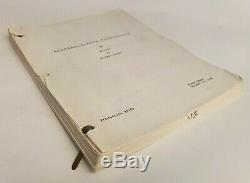 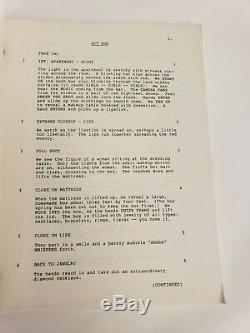 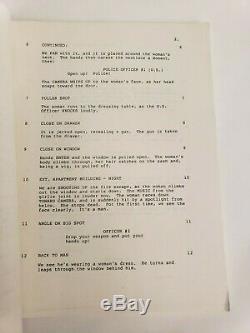 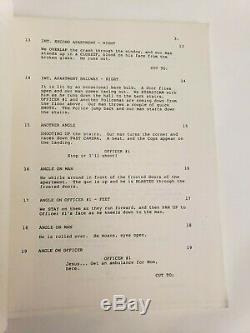 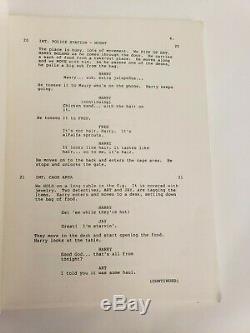 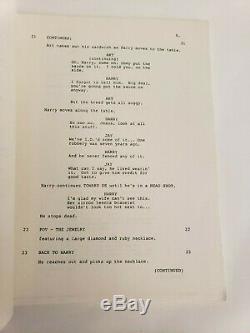 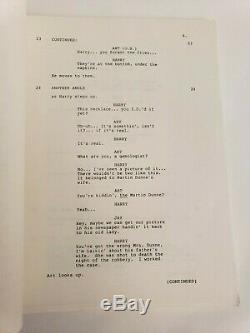 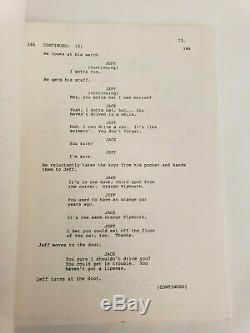 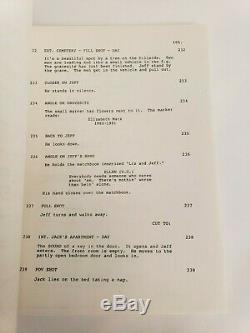 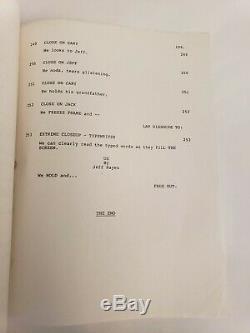 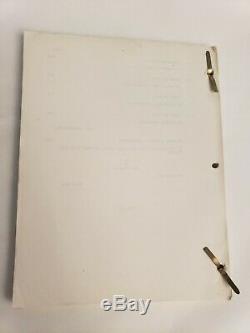 This is the rare First Draft dated October 12, 1990. This script has all white pages throughout it inside and it is 109 pages long.

The Title Page has some tearing around the brass brads. Furthermore, this is the last film that. Michael Landon would ever Act in, Direct, or Write. He actually did all three of those for this film. Please view all of the pictures above carefully.

This script is in good overall condition. When the police finds a necklace with some criminal, a detective remembers that it was missing evidence in a murderer case many years ago. So it turns out that Jeff Hayes, sentenced to life-long prison, was innocent.

After 18 years in jail he's finally released - but has problems finding back into normal life. There's his father who believed him guilty and his ex-wife Ellen, who told their son Kerry and her new husband Paul Kramer his father had died. Specializes in rare and collectible movie scripts. Our scripts are genuine, authentic and screen used. We also carry movie props from no genre in particular.