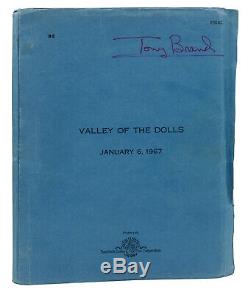 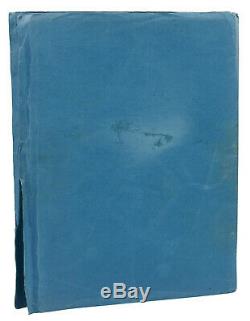 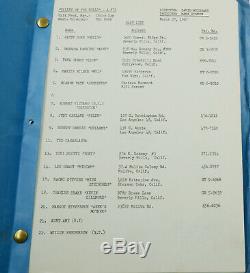 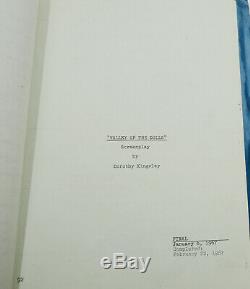 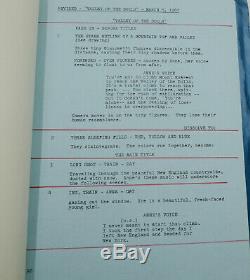 Revised final script with contents dated variously from March 8, 1967 to April 10, 1967; front cover title is January 6, 1967. Tony Brand's copy with his name written on front wrap. A red or black line drawn through center of many pages, some horizontal lines. Yapped edges of wraps a little creased, wear from remove dlabel of some sort to back wrap, occasional reading smudge. David Weisbart credited as Director on Cast list at front, and the film's credited Director Mark Robson credited as a Producer instead. An original script of the 1967 film based on Jacqueline Susann's novel, starring Barbara Perkins, Patty Duke, and future victim of the Manson Family Sharon Tate; her address in the cast list is the Chateau Marmont hotel. She would be nominated for a Golden Globe for her performance. The item "VALLEY OF THE DOLLS Original Script Film 1967 Dorothy Kingsley Sharon Tate" is in sale since Monday, June 8, 2020.

This item is in the category "Books\Antiquarian & Collectible". The seller is "burnsiderarebooks" and is located in Portland, Oregon. This item can be shipped worldwide.