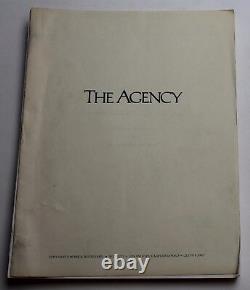 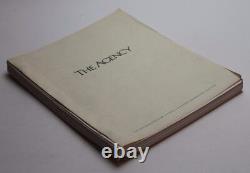 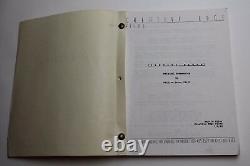 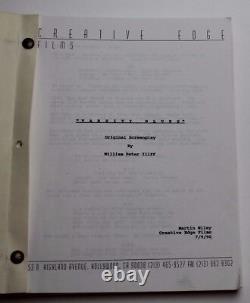 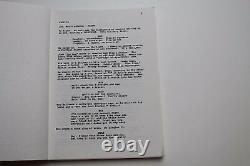 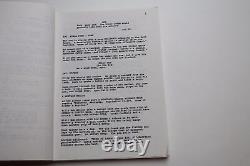 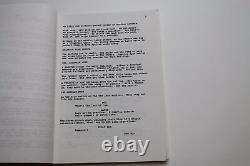 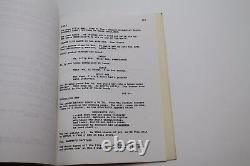 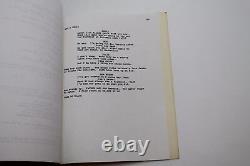 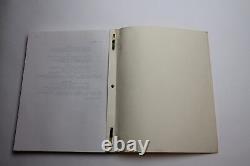 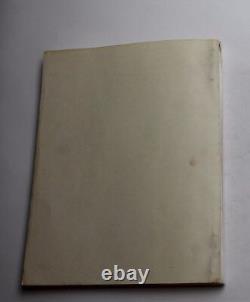 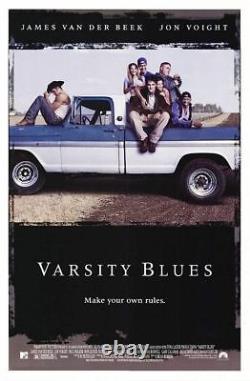 This is a very early 1990 movie script, Agency draft, for the 1999 film, Varsity Blues. This script has all white pages inside and it is 115 pages long. It is an early draft dated 1990, and has the Agency front cover. I have been collecting movie scripts for a long time and it is very rare to see a script that is dated almost 10 years before the release of the film. This script shows the appropriate aging for being over 25 years old. Please view the pictures above.

This script is in very good overall condition. In small-town Texas, high school football is a religion. The head coach is deified, as long as the team is winning and 17-year-old schoolboys carry the hopes of an entire community onto the gridiron every Friday night. In his 35th year as head coach, Bud Kilmer (Jon Voight) is trying to lead his West Canaan Coyotes to their 23rd division title. When star quarterback Lance Harbor (Paul Walker) suffers an injury, the Coyotes are forced to regroup under the questionable leadership of John Moxon (James Van Der Beek), a second-string quarterback with a slightly irreverent approach to the game.

"Varsity Blues" explores our obsession with sports and how teenage athletes respond to the extraordinary pressures places on them. THE POSTER SHOWN IN THE LAST PICTURE ABOVE IS NOT INCLUDED, IT IS JUST BEING USED AS A VISUAL REFERENCE. Specializes in rare and collectible movie scripts. Our scripts are genuine, authentic and screen used. We also carry movie props from no genre in particular.

Furthermore, all of our items that are not props or scripts can be found in our Other Memorabilia category. We do not sell reproductions or fakes, unless clearly stated in the description provided. We have one of the largest collections of original movie screenplays in the world. We also carry scripts used in Television, Broadway, Radio and other forms of entertainment.

Any scripts printed or used in any fashion after filming has completed are known as either a reproduction or a post-production script. These two types of scripts are much less valuable and desirable. All of our scripts are Original.. An original movie script has a lot of character in the item itself and every one of them is different in some way or another. There is usually only one script given to each crew member during production, however, sometimes they do get more than one. This makes original movie scripts very desirable because of how scarce they are. Any changes made to the screenplay during production are known as revisions and these revision pages are inserted into that one script that was issued out to them. For example, if we are talking about a low-budget film with a small cast and only a few crew members, there are actually only a small number of scripts in existence around the world for that film. This aspect of collecting makes it fun but also difficult because there may be a certain writer or director that you love to collect and there may only be a handful of movie scripts that still exist from that specific film that you are looking for. We have some of the rarest movie scripts in the world. Each film project has a different total number of scripts that are issued. The older a film is you also have to figure in the fact that a lot of the original movie scripts have been thrown out or destroyed over time.