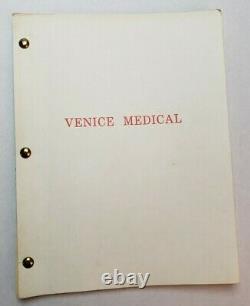 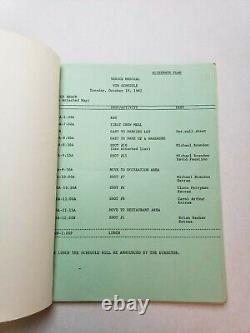 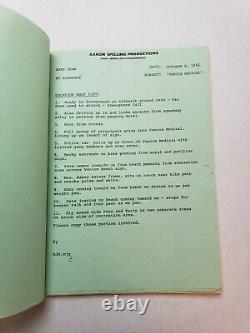 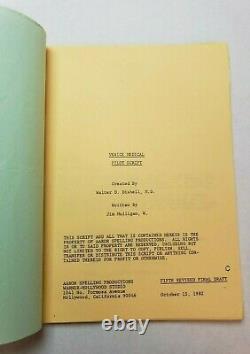 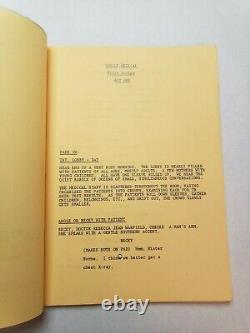 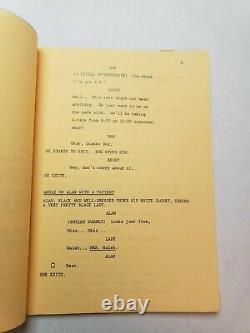 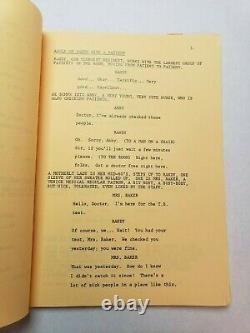 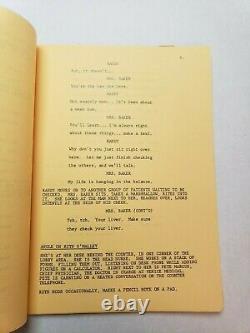 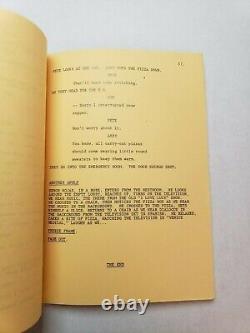 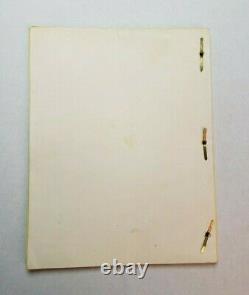 Script Dated: October 15, 1982. This is an Original TV Script used during the making of the first episode of the 1983 TV Series titled, "Venice Medical". It is from the Pilot Episode which is Season 1, Episode 1. This is the Fifth Revised Final Draft. It is the complete script and it has all yellow pages throughout it inside.

This script is 57 pages long. This script has the original white production cover. Please view all of the pictures above carefully. The script is in very good overall condition. This TV Series never made more than this 1 episode and this filmed Pilot Episode is now considered to be a 1983 TV Movie titled, "Venice Medical". Stan Shaw, Carol Arthur, Michael Brandon, David Faustino, Ramón Franco, Rick Garcia, Elaine Giftos & Rebecca Holden. Specializes in rare and collectible movie scripts. Our scripts are genuine, authentic and screen used. We also carry movie props from no genre in particular. Furthermore, all of our items that are not props or scripts can be found in our Other Memorabilia category.