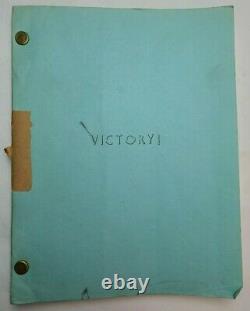 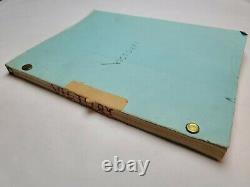 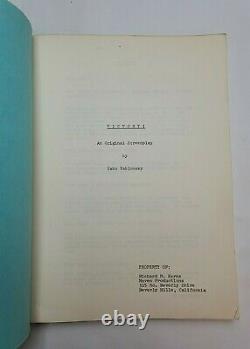 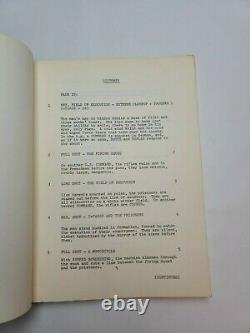 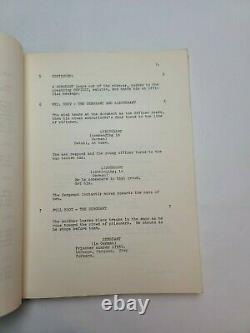 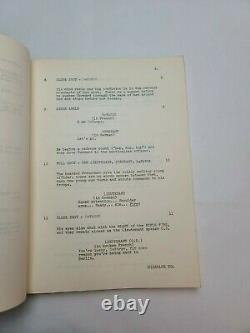 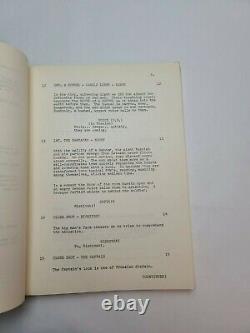 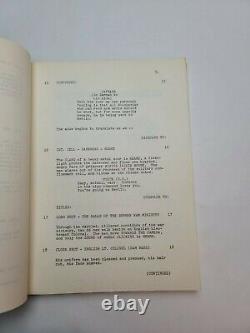 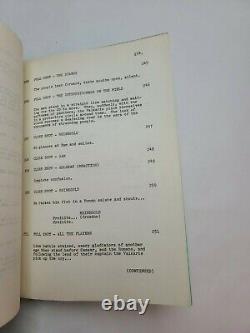 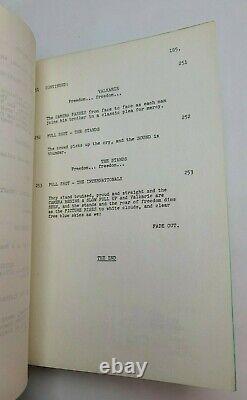 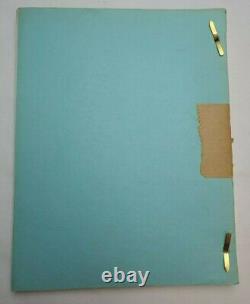 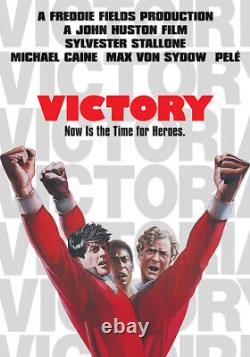 This is an Original Movie Script used during the making of the 1981 film titled, "Victory". Production cover with the Title on it. The title has been written along the spine of the script, using a red marker. There is also some ripped brown tape along the spinal edge of the front and back cover. This script is complete and it is 105 pages long.

It has all white pages throughout it inside. Please view all of the pictures provided above. It shows the appropriate signs of usage for being used during filming in the early 1980's. S prepare for a soccer game against the German National Team to be played in Paris, the French Resistance and British officers are making plans for the team's escape.