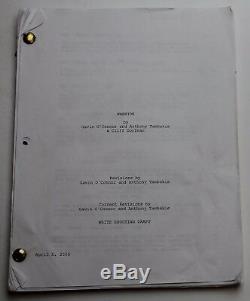 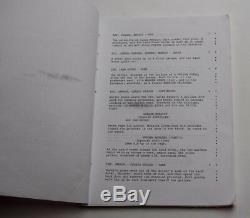 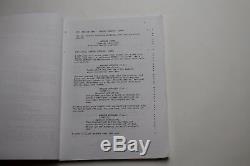 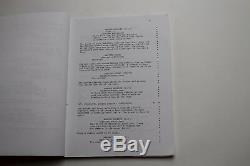 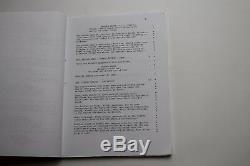 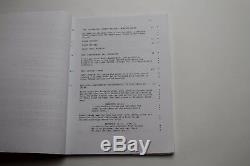 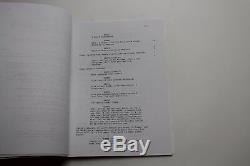 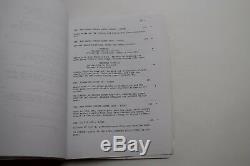 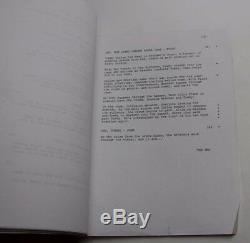 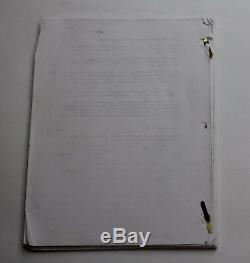 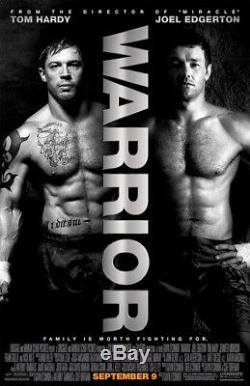 It is the White Shooting Draft dated from 2009. Please view the pictures above.

This script is in very good overall condition. Two brothers face the fight of a lifetime - and the wreckage of their broken family - within the brutal, high-stakes world of Mixed Martial Arts (MMA) fighting in Lionsgate's action/drama, WARRIOR. Even though years have passed, recriminations and past betrayals keep Brendan bitterly estranged from both Tommy and his father. But when Brendan's unlikely rise as an underdog sets him on a collision course with Tommy, the two brothers must finally confront the forces that tore them apart, all the while waging the most intense.. POSTER IS NOT INCLUDED, IT IS JUST BEING USED AS A VISUAL REFERENCE. Specializes in rare and collectible movie scripts. Our scripts are genuine, authentic and screen used.

We have one of the largest collections of original movie screenplays in the world. We also carry scripts used in Television, Broadway, Radio and other forms of entertainment. Every script that we own was hand-picked one at a time over the many years of which we have been collecting. A lot of people, new to collecting, are confused about the word Original. " In terms of movie scripts, the term "Original means that it was used by the production company in the early stages of production or that it was issued out to the cast and crew members during filming, and used at the time of production. Any scripts printed or used in any fashion after filming has completed are known as either a reproduction or a post-production script.