WHAT A DAY FOR A HANGING / 1950's Unproduced Screenplay, Western Film 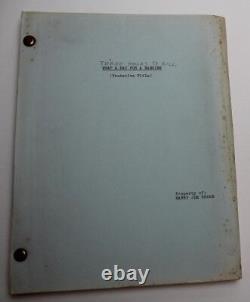 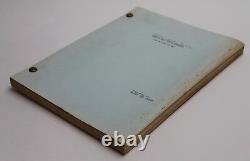 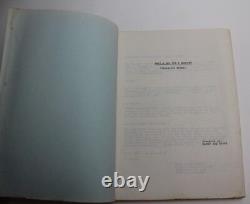 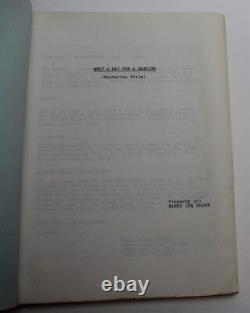 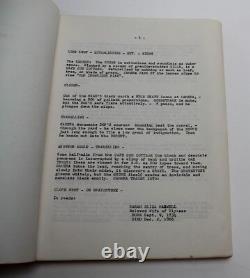 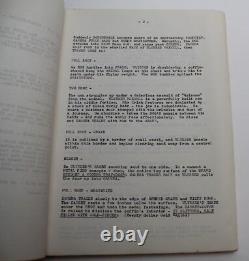 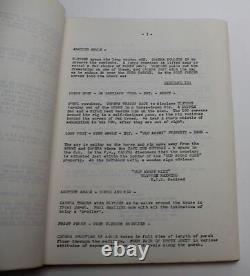 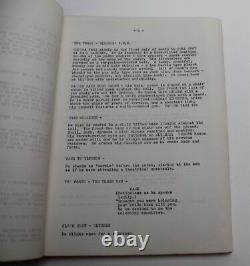 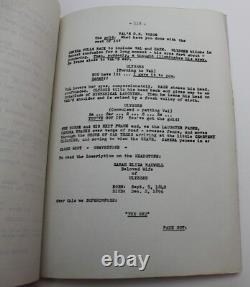 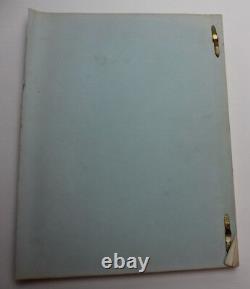 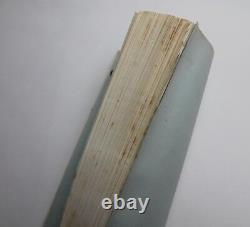 Title: Three Hours to Kill. Working Title: What a Day for a Hanging. This is an original Western movie script from the 1950s.

The production cover has the title "Three Hours to Kill", but I confirmed that this script is not from that 1954 film. However, if it is from "Three Hours to Kill" all of the character names are different and none of the opening scenes are anywhere similar but it is possible that the later writer's completely changed everything. This script has "Property of Harry Joe Brown" written on the cover, he is the Producer of this film. However, there are no handwritten notes inside.

It is a early and rare undated draft with no writer credited. This script is complete and is 118 pages long. It has the original production cover with the Working Title of the Film which was, "What a Day for a Hanging". The production cover has a. Along the entire right edge and there is also brown spotting along the outer edges of the pages.

Surprisingly , the cover has done a great job protecting the pages inside and the inner pages do not have the same type of stain mark. All of the pages inside can be read easily and the water damage you see is cosmetic only with no affect on reading the entire script, only some wrinkling to the pages. Please view all of the pictures above carefully. THE POSTER SHOWN IN THE LAST PICTURE ABOVE IS NOT INCLUDED, IT IS JUST BEING USED AS A VISUAL REFERENCE. Specializes in rare and collectible movie scripts.