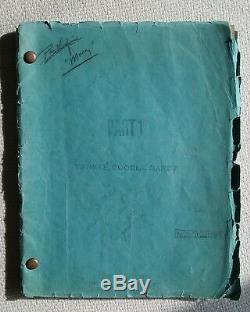 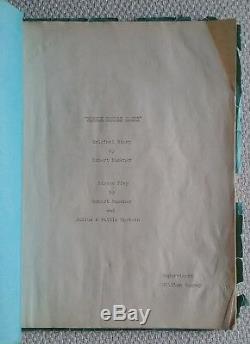 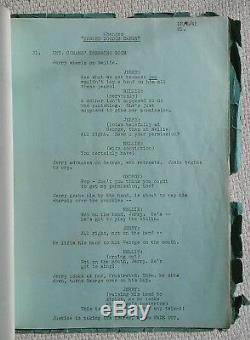 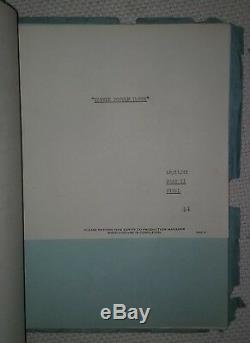 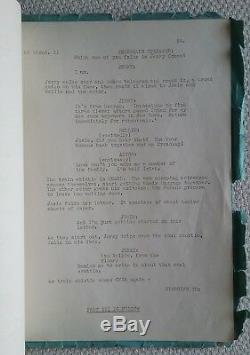 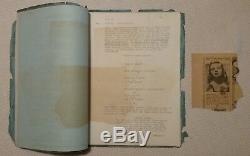 Original Story by Robert Buckner. Screen Play by Robert Buckner and Julius & Philip Epstein. Based on the life of legendary entertainer, George M. Cohan, the film starred James Cagney (who won his only Academy Award for it) and Joan Leslie, who played.

This script was personally owned by Joan Leslie, who was just 17 years old at the time, but gave a remarkable performance, portraying her character from youthful ingenue to graceful maturity. Now considered a joyful celebration of patriotism, the film started production on one of America's darkest days -- the very morning after Japan's devastating attack on Pearl Harbor.

Gave the cast & crew the sense they were on a patriotic mission, perhaps their last in a free nation. Since then, Yankee Doodle Dandy has attained the status of an American cultural treasure. N 1993, it was selected for preservation by the Library of Congress as being "culturally, historically, or aesthetically significant, " its place in history assured for all time. Blue script cover, tattered at the edges. "Part of Mary" written in pencil in the upper left corner.

The last page of Part 2 concludes with a notation "Part 3 to follow, " indicating the script rewrite was not yet complete. One page partly browned from a newspaper clipping of Joan Leslie possibly placed there by her. A few creased page corners and minor edge tears. Of all his pictures, James Cagney was most proud of Yankee Doodle Dandy.

This version of the script dated Nov. 25, 1941 is considered the "final script, " though rewrites continued throughout production, sometimes right up to the day of shooting. Renowned script writers Julius & Philip Epstein (Casablanca) were approached by James Cagney to rewrite the script, but were reluctant to do so.

However, Cagney persisted and they finally agreed. Their changes are included in this script, identified by the blue pages. Ironically, they are credited on the script, but received no credit on the final film. A rare, original partial screenplay of an iconic American musical, originally owned by one of its co-stars. If you are not present to sign, they will NOT leave the package.

The item "Yankee Doodle Dandy (1942) ORIGINAL Movie Script / James Cagney George M. Cohan" is in sale since Tuesday, March 19, 2019. This item is in the category "Entertainment Memorabilia\Movie Memorabilia\Scripts\Originals\Unsigned". The seller is "yanni45" and is located in Sherman Oaks, California. This item can be shipped to United States.