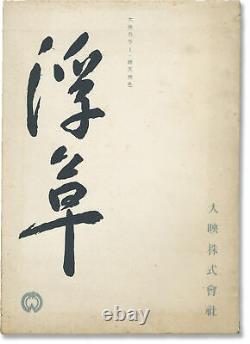 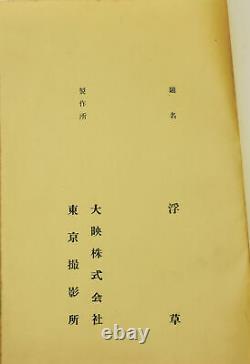 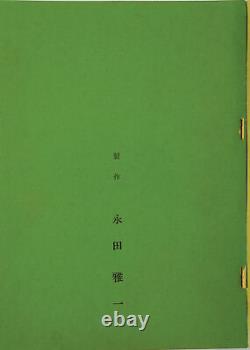 Description: Vintage screenplay for the 1959 film. A remake of the 1934 silent film "A Story of Floating Weeds, " also directed by Yasujiro Ozu.

The leader of a traveling theatre troupe goes to visit his former mistress and their son, who is unaware that the man is his father. Meanwhile, the man's current lover, jealous of his attentions to his former mistress, schemes to shame him by convincing a young actress in the troupe to seduce his son.

One of the final films the prolific Japanese director made before his death in 1963. Set on the Japanese coast. 106 leaves, with last page of text numbered e-22.

This listing was created by Bibliopolis. The item "Yasujiro Ozu FLOATING WEEDS Original screenplay for the 1959 film #146860" is in sale since Tuesday, June 9, 2020. This item is in the category "Entertainment Memorabilia\Movie Memorabilia\Scripts\Originals\Unsigned".

The seller is "vanburenantiques" and is located in Baltimore, Maryland. This item can be shipped to North, South, or Latin America, all countries in Europe, Japan, Australia.