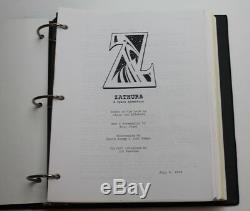 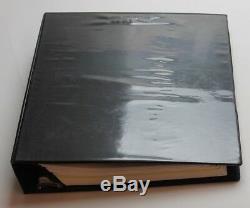 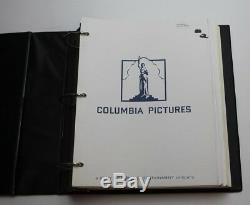 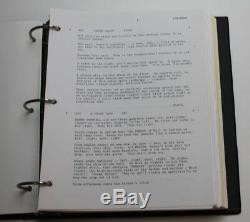 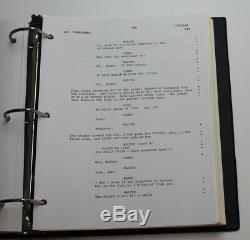 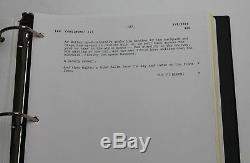 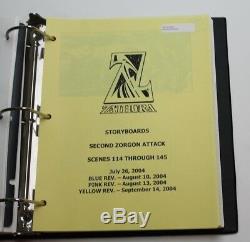 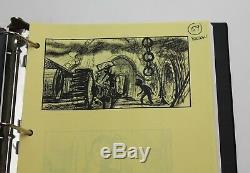 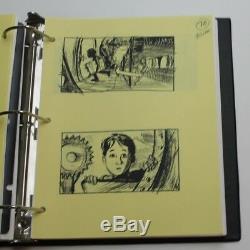 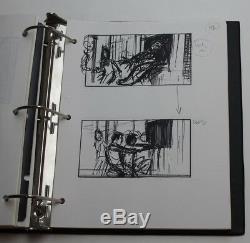 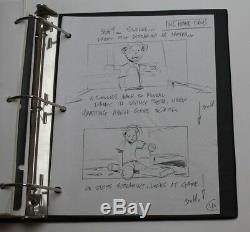 Title: " Zathura: A Space Adventure". This is the original 2004 Movie Script & Storyboards set. This original binder was used by Hal Groshon, the assistant chief lighting technician.

The movie script has the original Columbia production cover. The movie script has all white pages throughout and it is 107 pages long. The Storyboards set contained inside are 8.5" x 11" copied pages from the film, "Zathura: A Space Adventure". This storyboard set is original in that it was created at the time of production. It was copied from the larger artwork drawing boards that were created by the artists who worked on, "Zathura: A Space Adventure".

These are the actual, original copies made at the time of production. This entire storyboard script was used by the film crew.

It is around 15 years old. These smaller boards were created from the larger artwork so that they could be put on normal sized paper which makes flipping through them much easier while filming an entire movie sequence. As you can see in the pictures above, there are a lot of different scenes. There are 200+ pages total, in this complete movie script & storyboards script.

Danny and Walter are two brothers who barely get along even while driving their parents to distraction as their older sister tries to ignore them. Despite their squabbling, the brothers manage cooperate enough to play an old mechanical board game named Zathura. However, after their first move, they find that the game has apparently flung them, their sister and their entire house into outer space. Furthermore, the brothers surmise the only way to return home is to finish the game. However with almost every move, new dangers arise as the siblings find themselves learning to cooperate in ways they never expected as they realize what they mean to each other.

Here all of the original movie scripts will be categorized by decade, which will help you to narrow down what you are looking for by the year it was made. The item "Zathura A Space Adventure / David Koepp 2004 Movie Script & Storyboards" is in sale since Wednesday, March 27, 2019. This item is in the category "Entertainment Memorabilia\Movie Memorabilia\Storyboards & Concept Art".